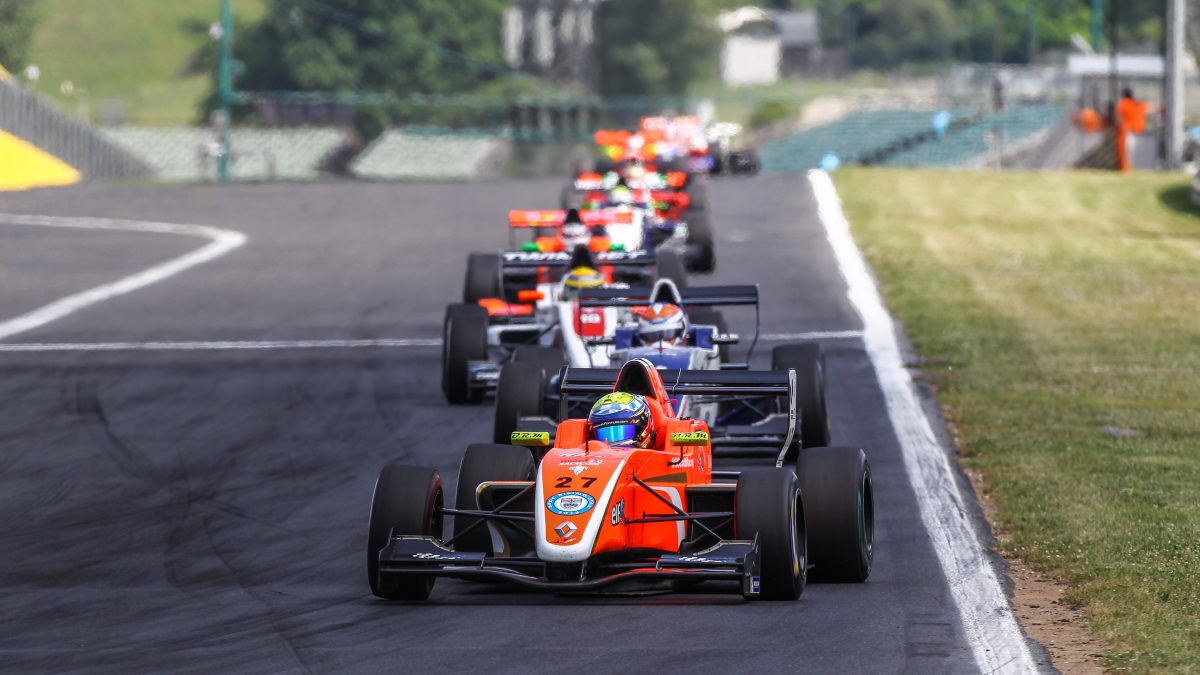 British racing driver Harrison Scott has come away from a successful Eurocup Formula Renault 2.0 weekend in Hungary winning two Rookie trophies, setting his best group qualifying time and finishing in his highest race position, P5, in the single-seater series to date to sit in eleventh place in the Championship. 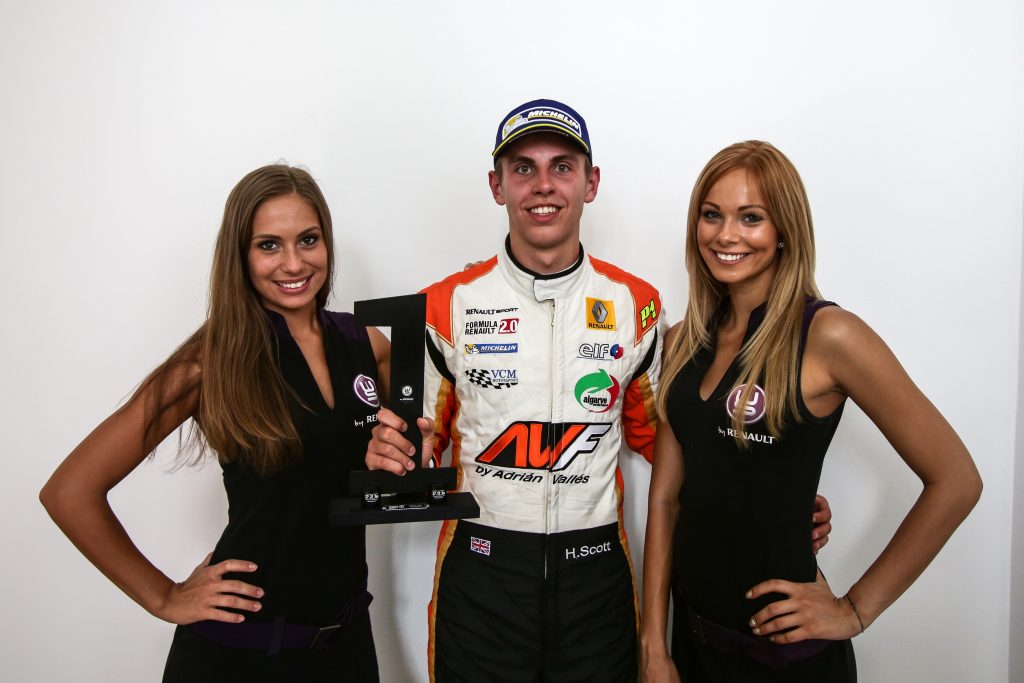 During his maiden competition at the Hungaroring in Mogyoród, a short drive from the picturesque capital of Budapest, Harrison set the sixth quickest time in Qualifying Group A and was the fastest AV Formula team driver of both sessions on Saturday morning. However, he was penalised post-running for touching the white line on pit lane exit with one of his tyres and relegated to P17 (his second best lap time) on the time sheets.

Being towards the rear of the 26-car field, Harrison’s #27 A.V Formula Team FR2.0/13 Tatuus car was in a difficult position on the grid for the start of race one. He made an impressive move off the line when the lights went out and made up several places by the end of lap one to soon be running up in P7. Harrison maintained position and defended cleanly throughout the entire 25-minute race to take the chequered flag not only as highest placed A.V Formula team driver, but also as top series Rookie once again to collect a further Eurocup trophy on the podium at the 3.975 kilometres long F1 circuit.

During usual pre-qualifying checks an hour before the session on Sunday morning, the A.V Formula team found a problem in Harrison’s gearbox. The Spanish squad rebuilt the gearbox in time for his group qualifying and despite this, and very hot (35 degrees C) weather conditions, Harrison set his best Formula Renault Eurocup position to date to sit in P3 in his group. The team once again checked car 27’s gearbox and decided to change it completely before race two in the afternoon.

Harrison made a good start from his eventual fifth place on the grid and pushed the front runners hard throughout the 16 laps battle to take the second chequered flag in P5 with a 10 points haul and a further Rookie winner’s trophy to conclude round three of the World Series by Renault championship. 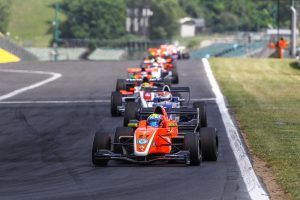 “Arriving on Friday for the first time at the Hungaroring, I knew that it was going to be a steep learning curve. We ran through our usual Friday practice program and knew what we had to do for qualifying on Saturday morning. We were really happy with P5 in group for race one, but unfortunately my best time was disqualified and as we’d put all our efforts in to one quick lap due to the very hot conditions, my second best time was only good enough for P17. The whole team was really disappointed and I knew I had a lot of work to do in the race. I wanted to make amends and knew that on such a difficult circuit to overtake on I had to drive faultlessly. To come home in seventh was really good, but if I hadn’t had made a mistake in qualifying, who knows what the result might have been.

“The team did a great job getting my car ready for race two on Sunday after changing my gearbox. We were really happy to start the race in P5 after qualifying in P3 in the morning – my best group performance of the season. I knew that if I got a clean start and didn’t make a mistake that I could keep position until the end. I am now 11th in the Championship and would like to thank my engineer David and the whole A.V Formula Team for working so hard with me. Hopefully we can maintain the momentum for the next round at Silverstone in September.”