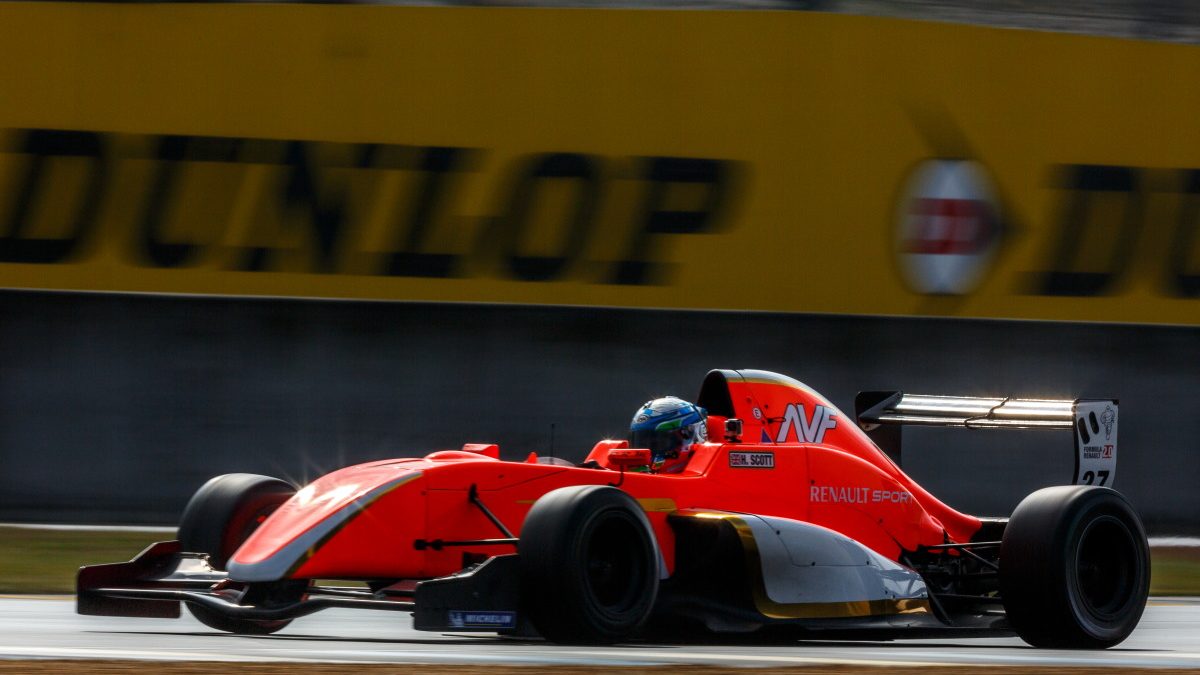 5 August, 2015: 19-year-old British Racing driver Harrison Scott is having a successful summer of racing as he prepares for the fourth round of Eurocup 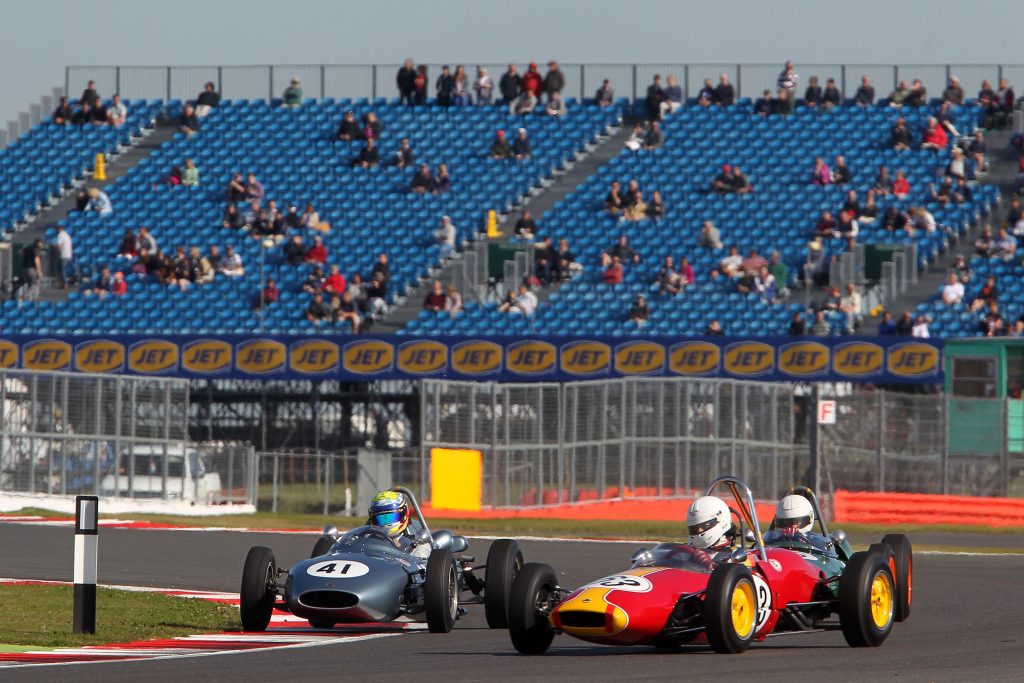 The British Racing Drivers’ Club ‘Rising Stars’ member, from Althorne, Essex, participated in the hugely popular Silverstone Classic weekend on 25-26 July 2015
for the second consecutive year, returning to the track in the VCM Motorsport owned 1961 Cooper T56 Formula Junior. Harrison won both Class C2 races over the two-day event, coming away with an extremely impressive fourth place overall from Sunday’s competition in a 52-car strong field which featured faster vehicles.

Harrison then travelled to the world famous TT Circuit Assen for the ‘Gamma Racing Day’ event on 1-2 August. The annual mid-season festival in the Netherlands plays host to a multitude of action from different motorsport series’ including the Formula Renault North European Cup. In his second appearance as a NEC wild-card entry for the Spanish A.V Formula outfit, Harrison achieved P6 and P5 finishes in his maiden outings at the 4.555 metres long (2.830 mi) track, renowned for its mixture of super fast flat-out and tight, slow corners and world-class motorcycle racing.

Scott will now continue his 2015 Eurocup Formula Renault 2.0 campaign at Silverstone Circuit, UK, next month. He came away from a successful round three event in Hungary in June, winning two Rookie trophies, setting his best group qualifying time and finishing in his highest race position, P5, in the single-seater series to date to sit in eleventh place in the Championship.

The 2014 MSA Formula Formula Ford Vice Champion has a great track record at the ‘Home of British Motorsport’ and is looking forward to returning to the cockpit of his #27 A.V Formula Team FR2.0/13 Tatuus car on 4-6 September.

Harrison Scott:
“It’s a long summer break in the Eurocup calendar and so I am extremely grateful that my manager Peter Fenichel at VCM Motorsport encouraged me to compete in the Silverstone Classic in his historic Cooper T56 once again. It was fantastic to bring home two class wins; I believe I got very close to the lap record in a C Class Formula Junior and the experience of driving such a classic car is always invaluable. I have also been able to maintain my race-game by entering the NEC round at Assen, thanks again to Peter and Adrián Vallés. It was a very productive weekend and we now look forward to the next round of the Eurocup at Silverstone next month. I feel that I am training and preparing in the best way possible and am confident of a strong finish to my Rookie season.” 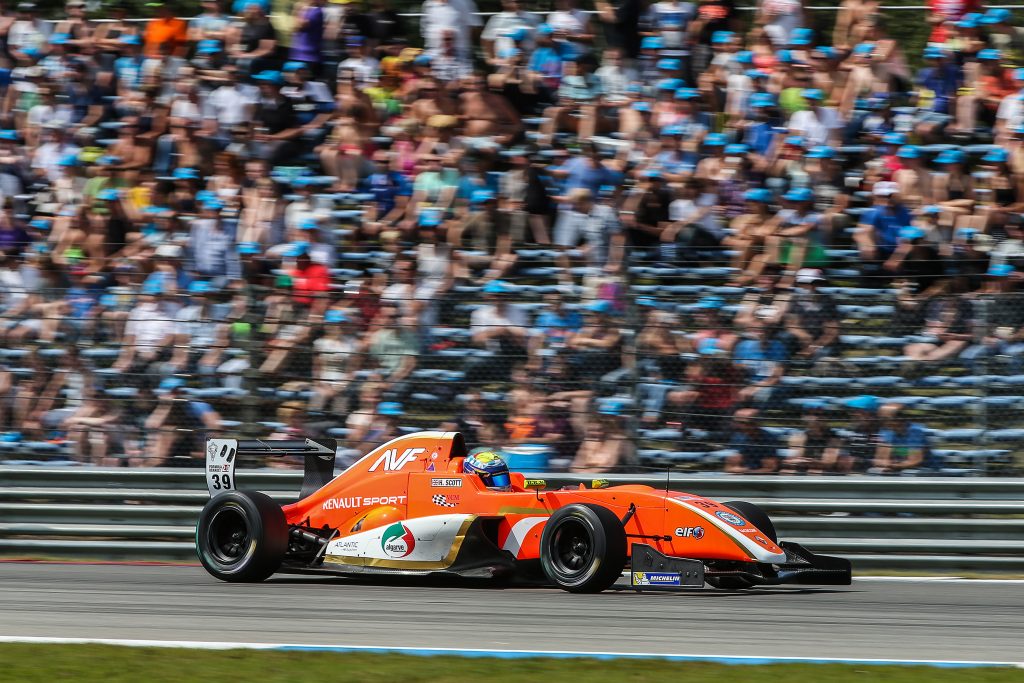 About the Cooper T56: Originally built in July 1961, the Cooper T56, Formula Junior Mk2, Chassis FJ/15/61, was exported to the Momo Corporation in the USA. Alfred Momo was chief mechanic to Briggs Cunningham and ran a number of Formula Junior T56 cars for, amongst others, Waiter Hansgen. FJ/15/61 was eventually sold to Jack Ensley, the Indianapolis Jaguar dealer. It has a BMC A-Series 1100cc engine and a Cooper Jack Knight / ERSA gearbox. Brought back to the UK in 1999, FJ/15/61 was restored to its original specifications by Baynton Jones of Shaftsbury and successfully raced by Charles Jones from 2003.This Cooper T56 has a wet sump and drum brakes.