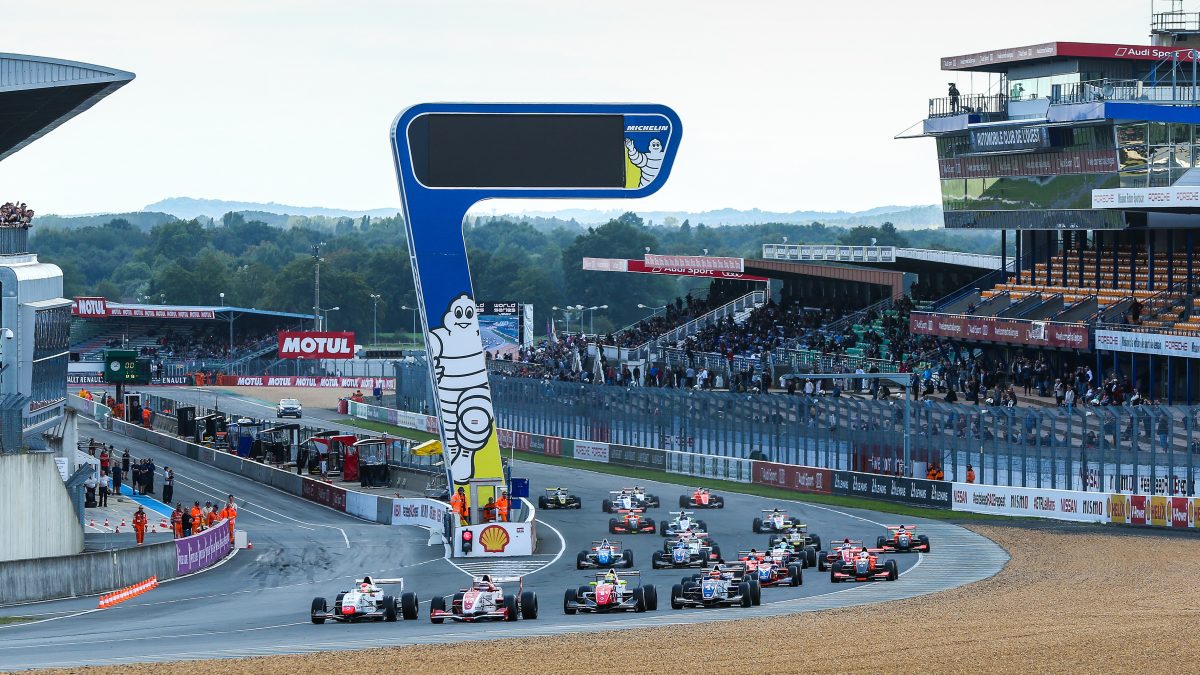 It has been a busy fortnight for BRDC ‘Rising Star’ Harrison Scott and his Spanish AV Formula team with races both in the UK and Belgium.
Racing as a “wild-card” entry at the Formula Renault North European Cup (NEC) round at Silverstone 23-24 May, the 19 year old from Althorne in Essex qualified in sixth and seventh for the event’s two competitions and came home with a pair of sixth place finishes and a host of race-craft experience. 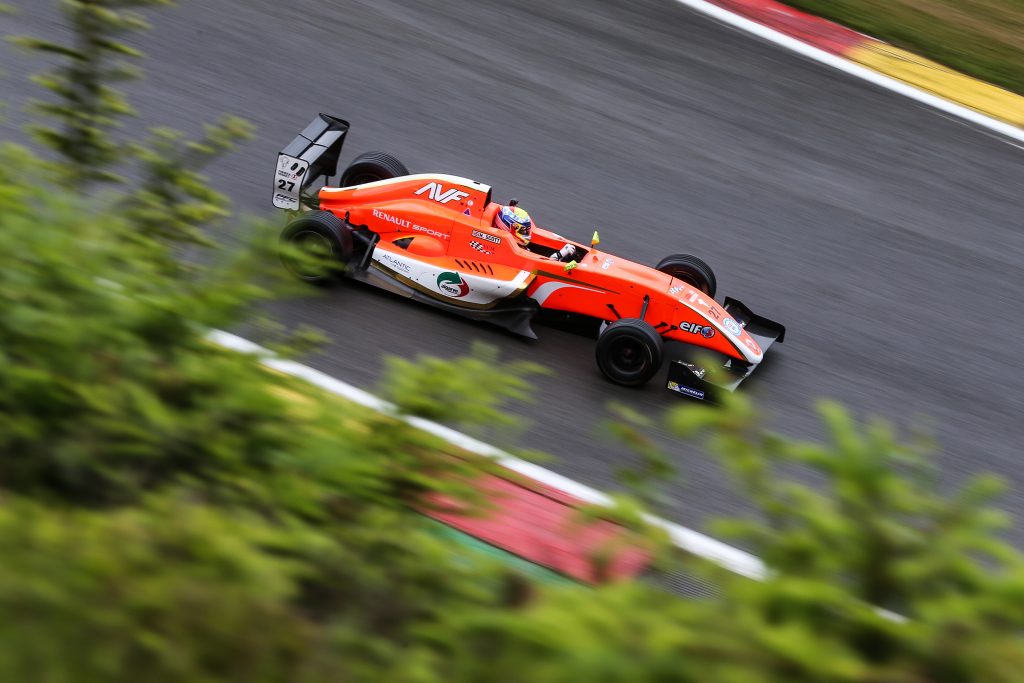 Last weekend saw Harrison returning to his regular seat in the Eurocup Formula Renault 2.0 series. Friday free practice was the first time that Harrison had driven on the Circuit de Spa-Francorchamps track in a single-seater. Home to many formulae including F1 and endurance racing, the iconic circuit features the famous Eau Rouge/Raidillon combination and is considered one of most challenging tracks in the world by drivers due to its fast, twisting and undulating layout.

Rain prevented much running on Friday, but Saturday morning brought cool, clear weather for the first of two Eurocup qualifying sessions. Harrison was drawn in Group A and was the fastest AV Formula team driver, setting the tenth quickest time to afford him an 18th place grid position for the start of race one.
From lights out Harrison took the fight to the more experienced field and skilfully manoeuvred his 210 brake horse power FR2.0/13 Tatuus car past six of his rivals to end the 12-lap race just out of the points in a respectable P12 out of 33-car field. 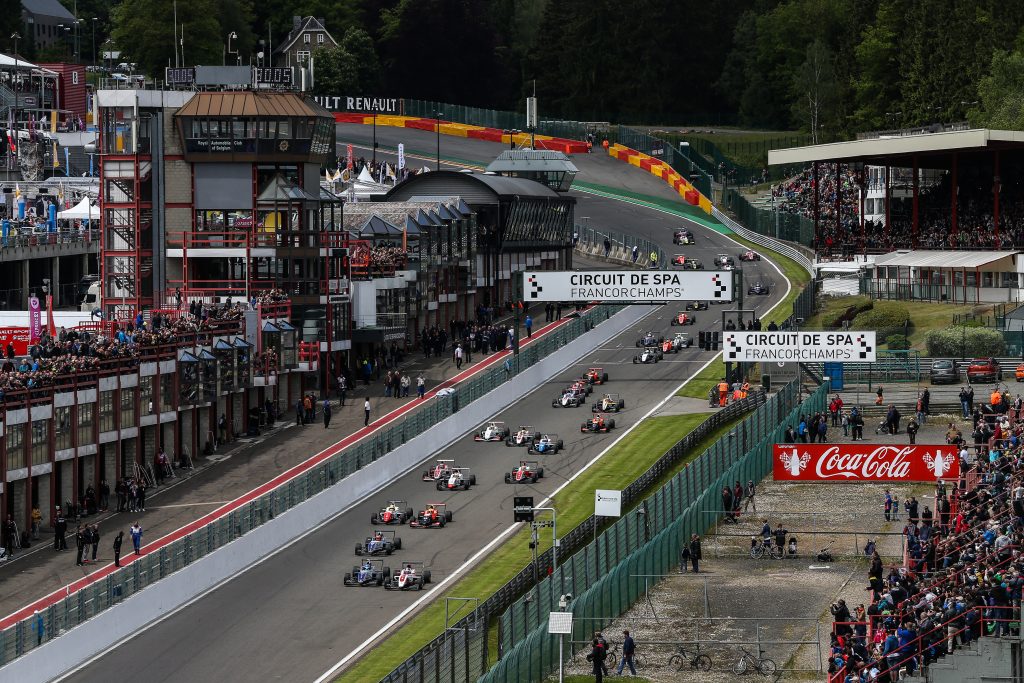 After another productive and improved qualifying session on Sunday morning (P7 in Group), Harrison made a good start to race two from the seventh row of the grid. Keeping his #27 AV Formula challenger out of trouble for the entire 25 minutes he fought hard to gain positions, only to lose out taking avoiding action around an incident involving Dennis Olsen ahead of him. Maintaining good pace until the end of the 12-lap battle, Harrison came home in a solid twelfth position once again.

“It was a very good and challenging weekend. Although I was on the back foot at the start as most of the drivers have raced at Spa before, I learned so much and am pleased with my overall performance. The weather was poor on Friday so we were not able to get in many practice laps, but qualifying on Saturday went very well. I was getting quicker on every lap, but then we had a front brake issue and I had to return to the pits early.
“I started from 18th for a crazy race one! I managed to pick off guys ahead of me as much as possible with some good overtaking. I finished in P12, not far from points, so we were relatively happy with that. Qualifying for race two was good; I was P7 in my group, P13 overall, which was a big improvement on yesterday. I made a reasonably good start to the race and was running up in P9 when an incident on the second lap meant I had to run wide and that cost me several places. I came back up through the field to finish in P12 which is ultimately disappointing, but overall I have finished the weekend as the top AV Formula driver (out of four) and take away a lot more experience from this amazing track.” 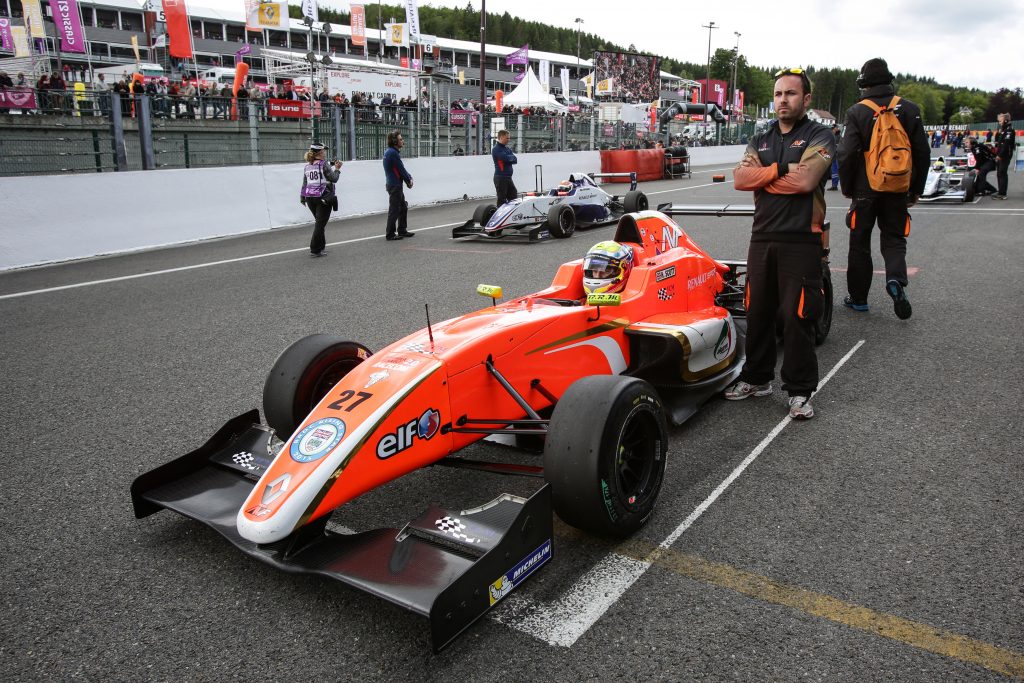