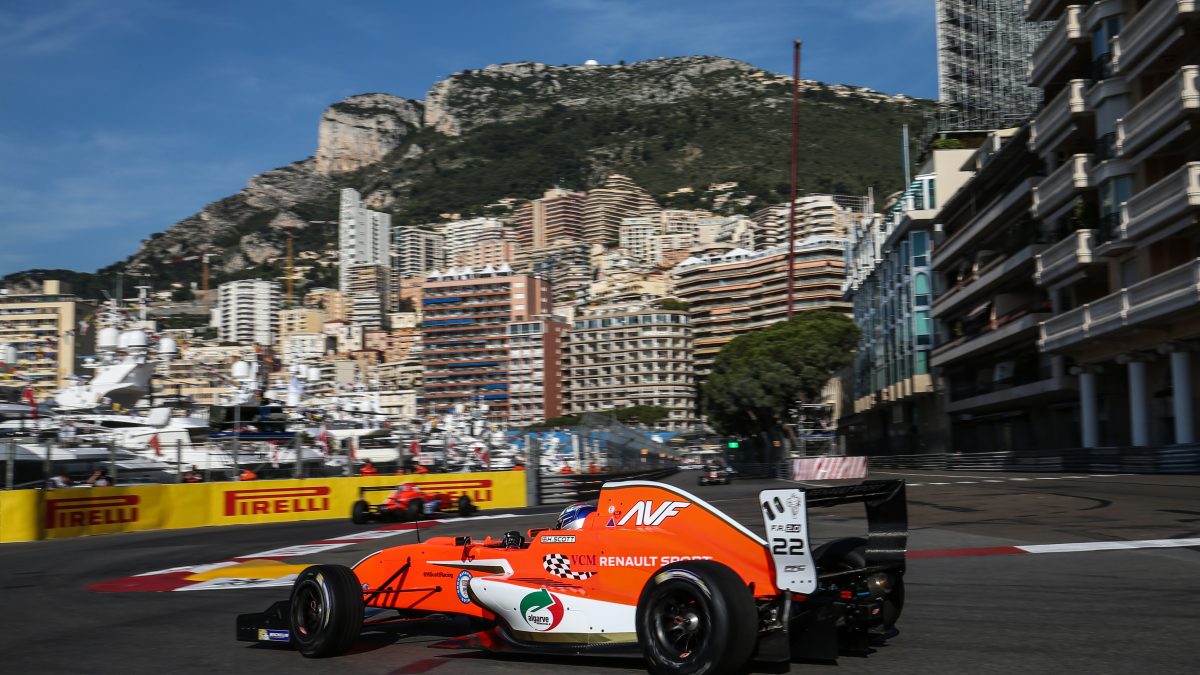 29 May 2016: British Racing Drivers’ Club ‘Rising Star’ Harrison Scott remains in third position in the 2016 Eurocup Formula Renault 2.0 championship after its maiden round in the Principality of Monaco last weekend. 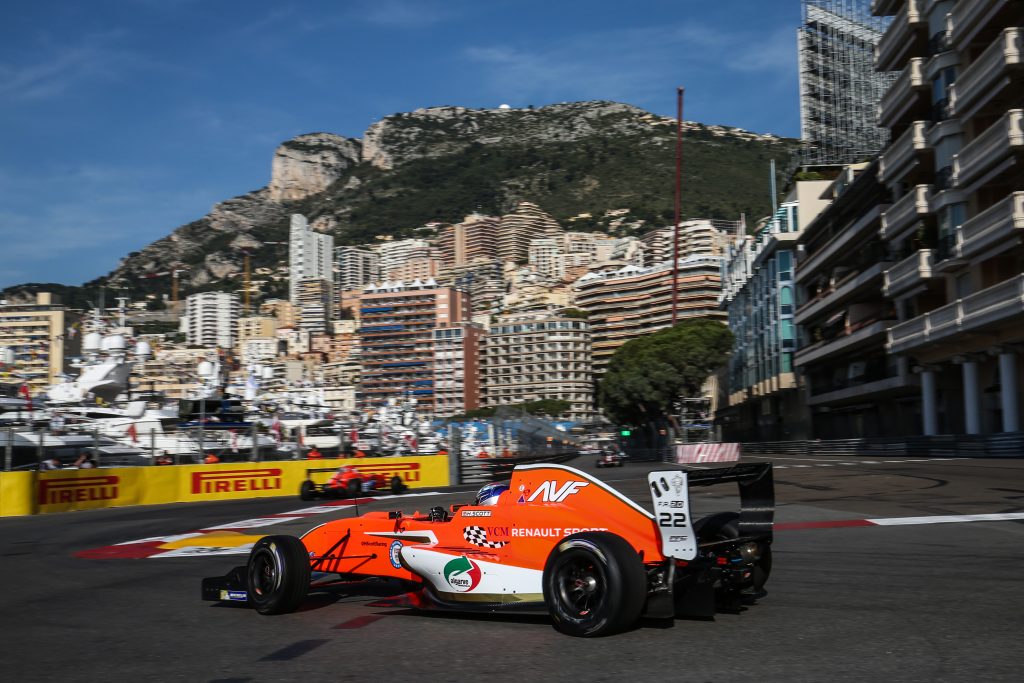 Round two of the 15-race series commenced with an early practice session on the streets of Monte Carlo. 20-year-old Harrison and his AV Formula by Adrián Vallés team had 45 minutes to set-up his #22 challenger in preparation for what would be the curtain raiser for the FIA Formula 1™ Grand Prix.

The Eurocup competitors came together in one large group for an early qualifying on Saturday morning to determine the starting grid for their only race of the weekend.  Harrison set the eighth quickest time, but was promoted to P7 following a post-running disqualification of Lando Norris’ time due to a technical non-conformity with his Josef Kaufmann Racing car.
The weather was not kind to the grid of 23 drivers on Sunday morning and the delayed wet start of the first ever Monegasque Eurocup race finally got underway behind the safety car. From the fourth row on the grid of the iconic F1 circuit there was little Harrison could do to improve position and the incident-filled race proved to be short lived.

On lap six Gabriel Aubry (Tech 1 Racing) made an ambitious attempt to pass Harrison into Ste Devote for P7 which resulted in both cars heading into the barriers. The debris from the collision brought out a final red flag with the race declared over due to time constraints. The final classification was based on the last lap running order and Harrison achieved valuable points* for his final eighth position to maintain his strong third place stand in the overall Championship table. His Spanish AVF squad also sit in P3 in the Eurocup Formula Renault 2.0 Teams’ Championship. 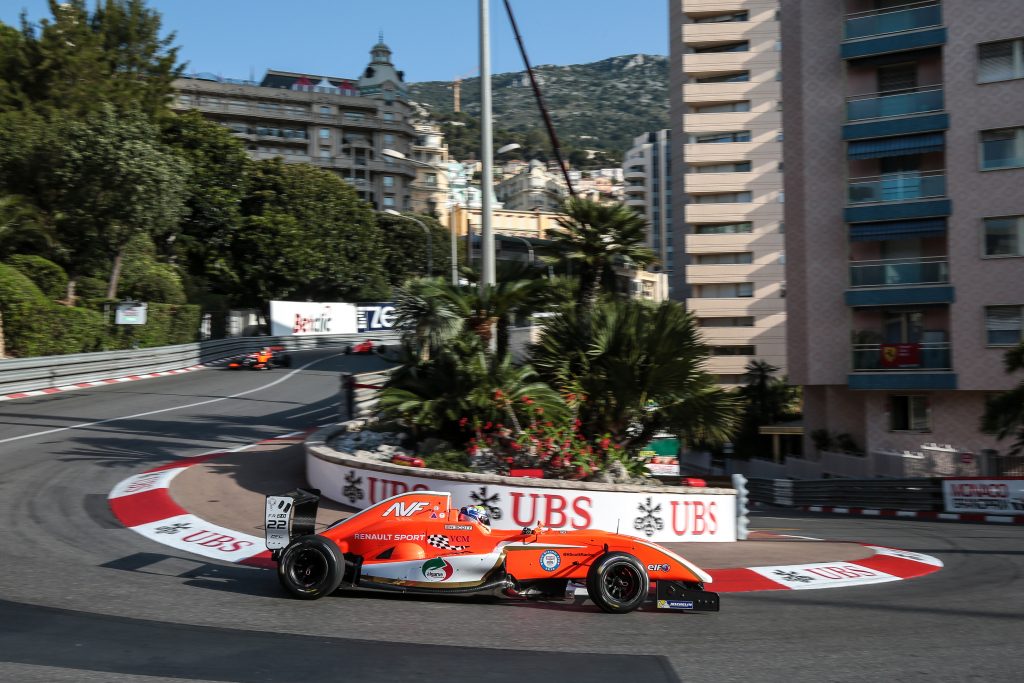 Harrison Scott, #22 AVF by Adrián Vallés team:
“Leading up to the Monaco weekend I was really excited for challenge ahead. We knew that racing on a street circuit for the first time, as a Eurocup team and for many of the drivers, was going to be a steep learning curve, so we used our only practice session to gather information and feel my way in the car, without pushing too hard.

We went in to qualifying knowing that we had more pace in the car, but it was a challenge to find space with all the teams out on track at the same time and to manage the yellow flags. I was disappointed with P7 as we had the potential to be quick and then rain added another element for the race on Saturday morning. It’s a shame we started behind the safety car as it’s one time you are able to make up positions in Monaco, but after a couple of safety car moments, I was running up in sixth. A couple of laps later I had a good battle swapping positions with Aubry at Rascasse, but then he ran in to me at Ste Devote and the race was stopped.

Luckily our finishing positions were taken from the end of lap six, so I brought home some valuable points. We have closed the gap to the top two in the championship though, so overall I am happy and learned a great deal from our weekend in front of the F1 crowd in Monaco.”

There now follows a one-month gap before the teams return to a three-race weekend format for round three in Monza, Italy, on 2-3 July 2016. 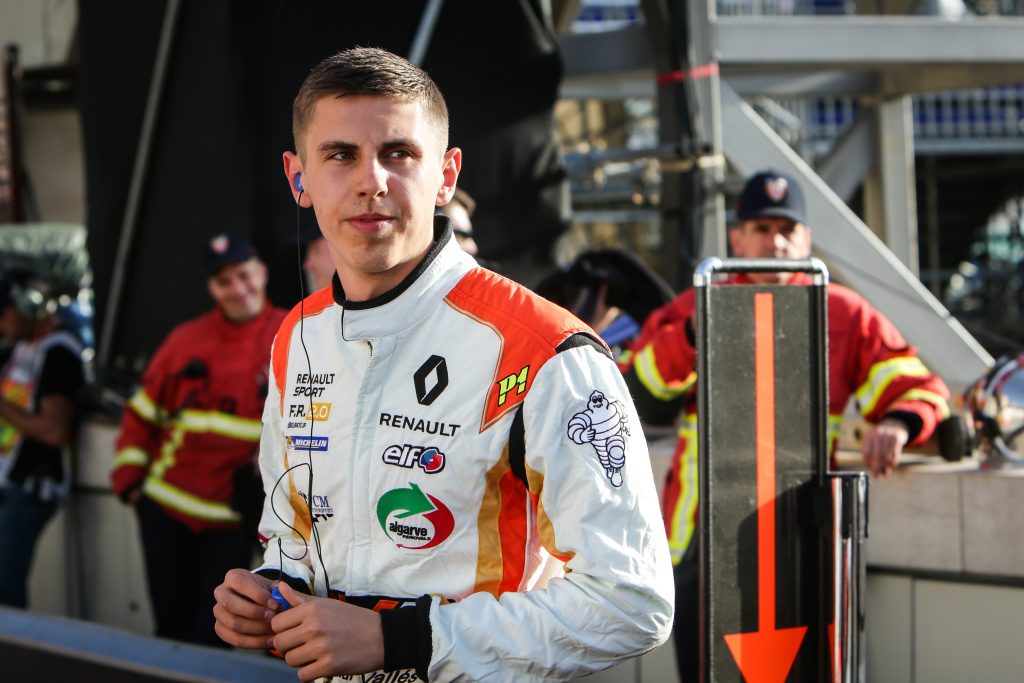 Provisional 2016 Eurocup Formula Renault 2.0 Classification after Round Two
*Half championship points awarded in Monaco as per article 9.3 of the sporting regulations