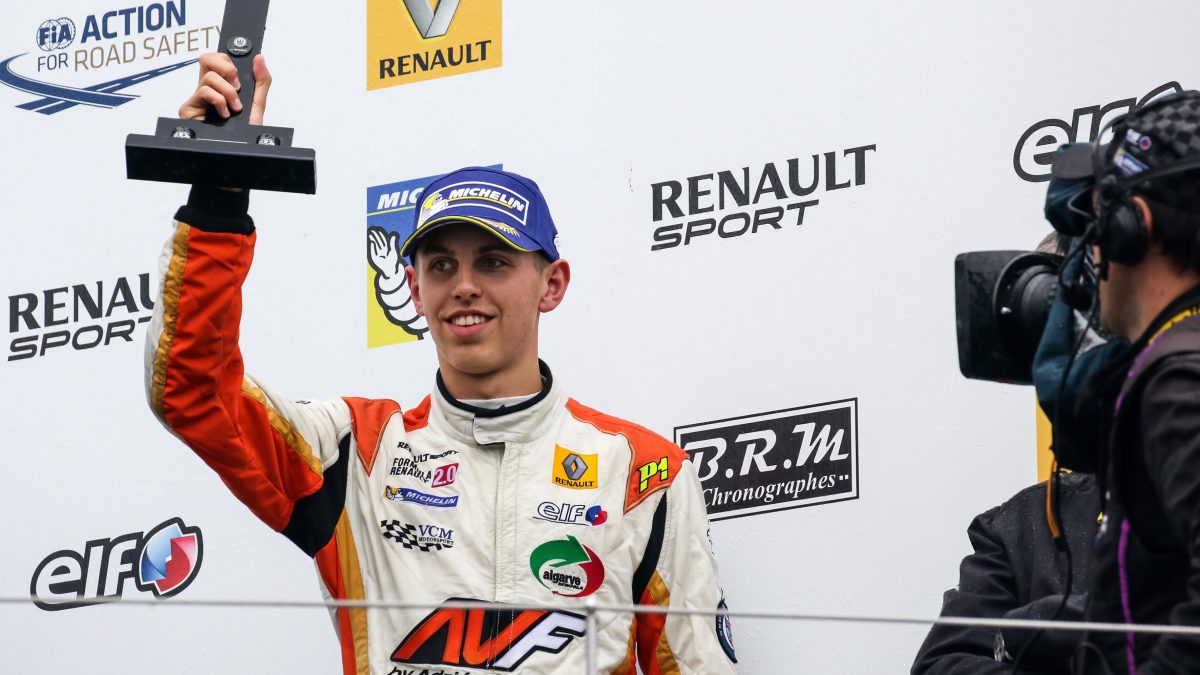 14 September, 2015: In front of 50,000 spectators at the World Series by Renault event at the Nürburgring, BRDC ‘Rising Star’ member Harrison Scott took his sixth Rookie race win with his AV Formula (AVF) by Adrián Vallés team in the 2015 Eurocup Formula Renault 2.0 championship. 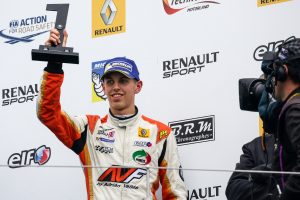 Having never previously tested at the technical 5.148 kilometres long circuit in the Eifel region of central Germany, and carrying a penalty from the last Eurocup round at Silverstone, Harrison knew that qualifying and race one on Saturday was going to be both a steep learning curve and a challenge. Starting from the back of the 35-car strong grid, he skilfully manoeuvred his way through the field to make up 10 positions before the chequered flag at the end of the 25 minute + 1 lap race.
Sunday morning heralded the opportunity for the 19 year old, from Althorne in Essex, to make his mark during a dry qualifying session. Selected to run in Group A, Harrison set the sixth fastest lap time, a mere 0.1 second off the top three contenders, before the weather changed dramatically in the afternoon.

The Series opted for a safety car start for race two with the entire field fitted with wet tyres. In treacherous conditions from P11 on the grid, Harrison displayed his ever improving race craft to make up a position during the opening laps of the race and cross the finish line with an invaluable point to retain his P10 position and top Rookie status on the 2015 Championship table.

Harrison Scott, #27 AV Formula:
“I arrived at the Nürburgring having never tested here before and knowing that it is a very technical track. It was always going to be tough on Saturday as I
carried a grid penalty from Silverstone and would start race one from the back wherever I qualified. I used the track time in race one to familiarise myself and was able to make up 10 places while taking no risks to bring the car home. I put a good lap together in qualifying for race two and was very happy with P6 in group, only a tenth of a second off the top three. 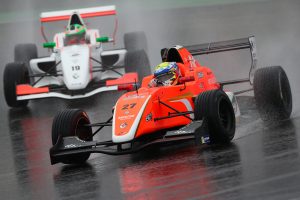 “It started to rain quite heavily 30 minutes before the race and we went out on wets from P11. I was able to make up a place in the first two laps and was running in 9th at one point. Our goal was to finish in the points, so I focussed on maintaining position in the tricky conditions. To finish in provisional P10 and as Top Rookie again is great; it’s the boost the team needed and keeps me in the top ten in the Championship.”

Harrison is currently in tenth place in 2015 Eurocup Formula Renault 2.0 Championship with 39 points, is the leading series Rookie and top AVF driver with two rounds (five races) to go in Le Mans, France on 26-27th September and Jerez, Spain to close the season on 17-18th October.