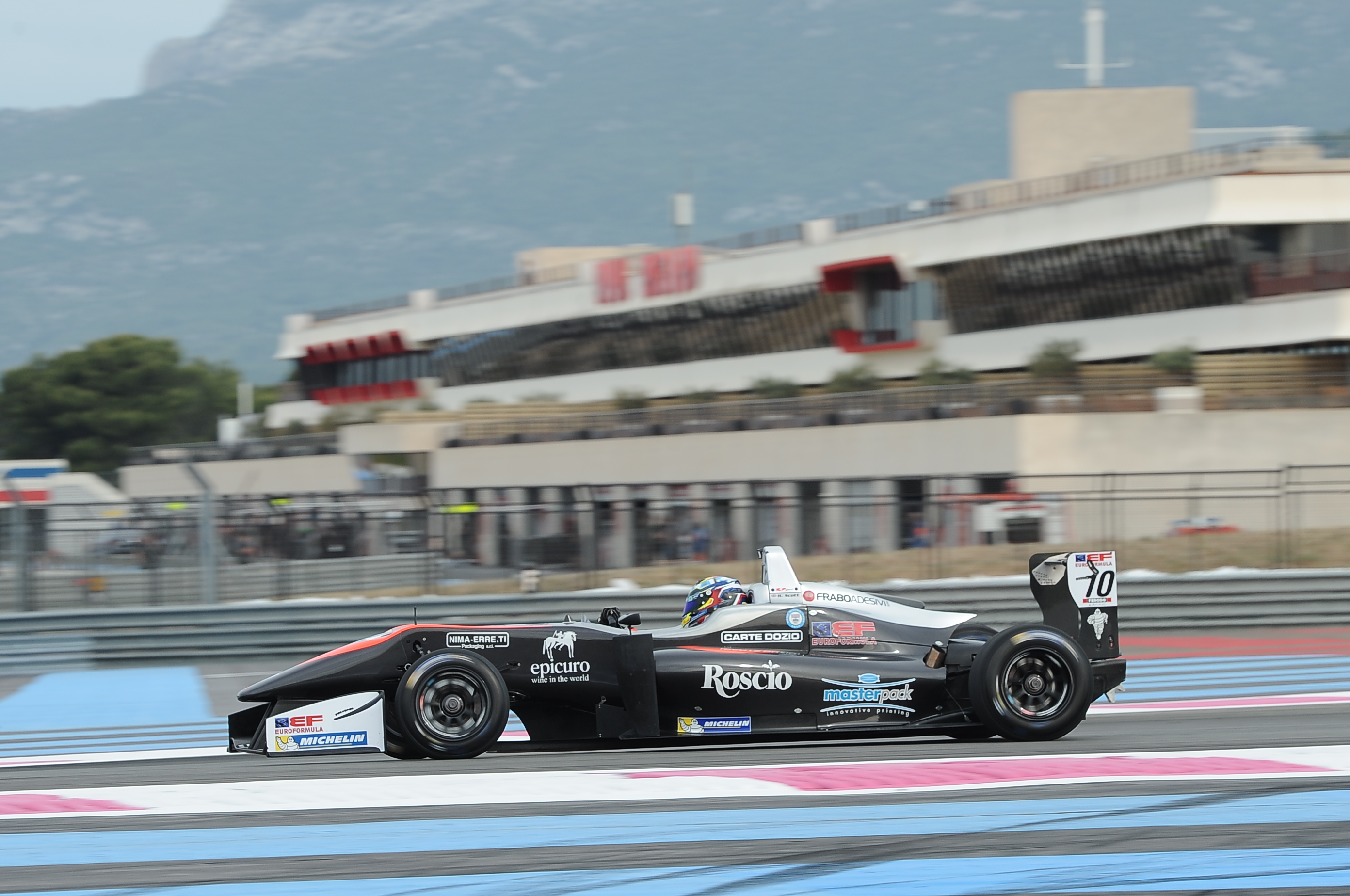 Euroformula Open series leader Harrison Scott maintained his winning momentum at Circuit Paul Ricard, France, this weekend in unbeatable style. The 21-year old, from Althorne in Essex, secured both qualifying pole positions and race wins at the technical track to make his 2017 tally five victories out of six to date.

Harrison set the overall fastest lap – a 2:01.275 minutes –  during the usual trio of free practice sessions on Friday and went on to secure his RP Motorsport team’s third pole position of the season in qualifying on Saturday morning via another brilliant performance. Harrison clocked a fastest lap of 2:00.465, but on his second attempt, with just four minutes of the session remaining, he posted a record qualifying lap of 1:59.569, two tenths quicker than Nikita Troitskiy in the Drivex team Dallara.

In the heat of the afternoon Harrison converted his pole position to his fourth race win of the season and extended his lead at the top of the Euroformula Open leader-board on 124 points. Harrison kept the race under control from the very first lap of race one and built up a solid gap to the rest of the field by posting the fastest lap of the race on lap five. After eight laps he’d pulled away with a 3.3 seconds lead and went on to take the chequered flag as the dominant victor.

Harrison claimed his second pole position for RP Motorsport at Circuit Paul Ricard on Sunday morning when the series leader posted an impressive lap time of 1:59.576; slightly slower than the previous day, but still enough to claim the extra point that comes with the top qualifying spot for race two.

The young Briton continued to wave the winning flag in the final, action-packed race of the weekend. After a brief moment at the start running in P2, Harrison re-took the lead on lap one and soon built up a three-second gap, too large for his nearest rival to catch him. The great pace from his #10 RP Motorsport Dallara charger allowed Harrison to keep the race completely under his control and take the chequered flag after fifteen laps to claim his fifth winner’s trophy of the 2017 Euroformula Open season.

Harrison Scott, #10 RP Motorsport:
“It was another faultless weekend from the RP Motorsport team. From the first track session on Friday we were competitive and I was comfortable with how the car was handling and with my performance. On Saturday morning in first qualifying the first run on new tyres was really good. We had a comfortable margin to P2, which was nice, and took some pressure off. In the second run we just managed to better the lap record which was important as in the closing laps of the session times got very tight, so we knew race one was going to be close, even from pole position.

“I got off the start line well and maintained a good lead right up to the chequered flag. I also set the fastest lap so we came away extremely happy with a maximum set of points. The aim on Sunday was to replicate what we did on Saturday; again our qualifying performance was strong and focus for the race was to get off the start line well.

“Unfortunately I had a lot of wheel spin and Nikita took position off the line, but I managed to stay close in sector one. Towards the chicane I managed to get in to his slip stream and pull off a bold overtaking manoeuvre around the outside. I then concentrated on getting my head down, putting in consistently quick laps and not making any mistakes. To cross the line with another win and fastest lap was extraordinary; it was fantastic for the team to come away with maximum points this weekend and I cannot thank them enough for all their hard work.”

The Euroformula Open now heads to the Hungaroring, Budapest for round four on 1-2 July 2017.