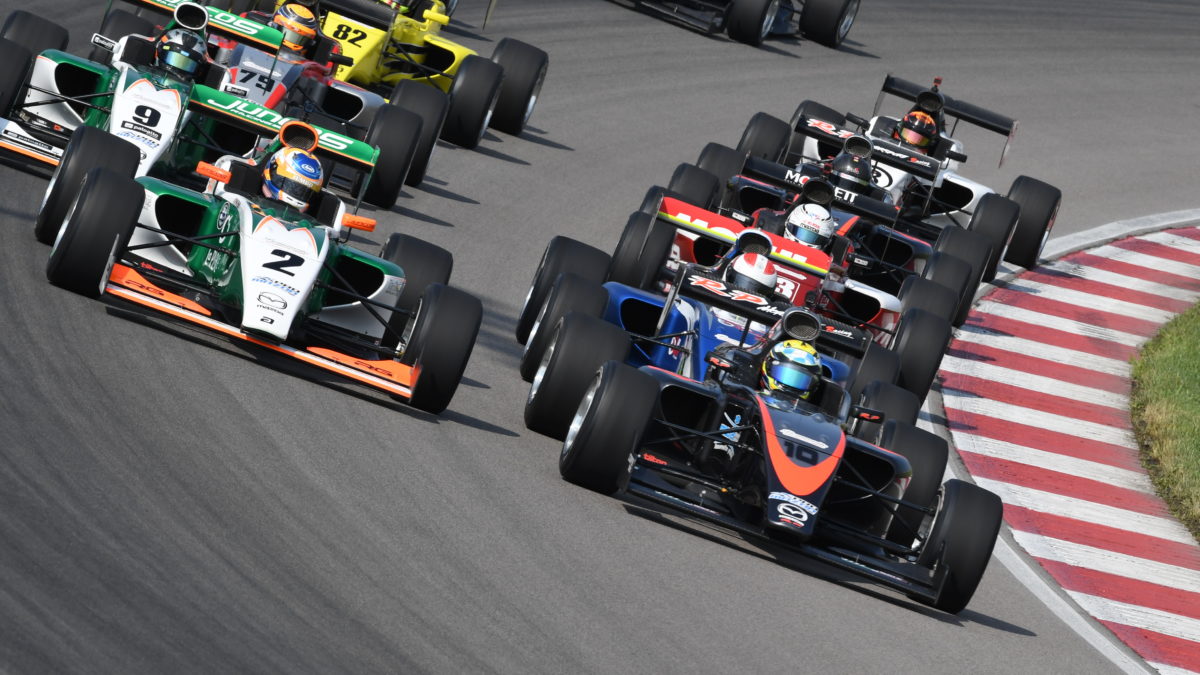 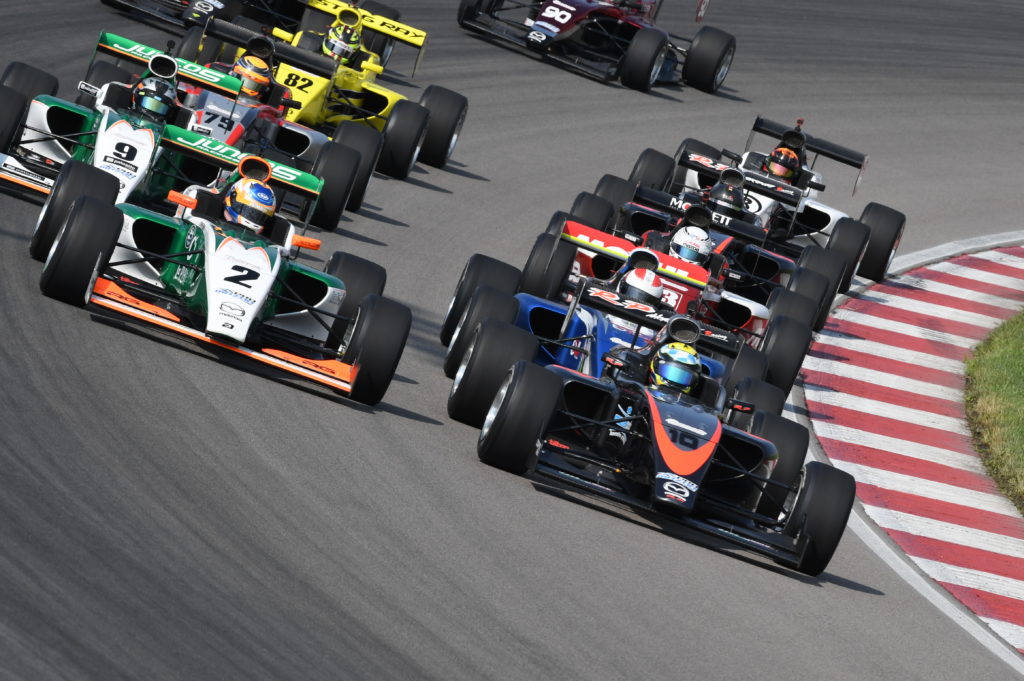 After a reworking of the event schedule due to inclement weather curtailing activities on Friday, a brief 15-minute practice session was slotted in to Saturday morning’s track activities followed shortly by the Qualifying session.

2017 Euroformula Open Champion Harrison, who had been forced to skip the two most recent races at Mid-Ohio following a huge accident on the streets of Toronto, found the most substantial overnight improvement, vaulting from seventh in Friday practice to second on Saturday morning – in significantly warmer conditions – before earning his well-deserved first Pro Mazda Championship Presented by Cooper Tires Pole Position.

Lining up on the front row of the grid for the start of the race alongside series leader, Rinus VeeKay (Juncos Racing), Harrison was in for a tough fight from lights out in his RP Motorsports Racing challenger. Seeing that the best opportunity to take on super-quick Harrison would be at the start, the team pairing from Juncos Racing made risky manoeuvres through the opening stint forcing Harrison to run in third – the podium finish position he maintained unchallenged until the chequered flag at the end of the 55 laps contest. 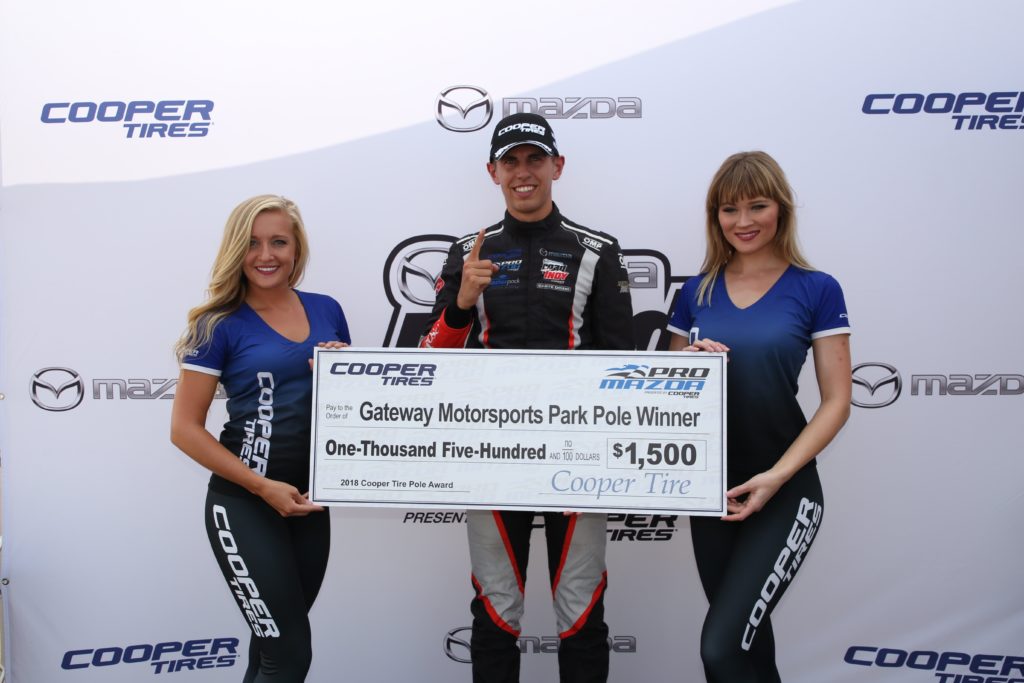 Harrison Scott (#10 epicura/Masterpack Innovative Printing-RP Motorsport Racing Tatuus-Mazda PM-18):
“Had you told me that I would come here and take the Pole and a Podium, I’d have been over the moon. Of course, once you have the Pole you want more. But I’m happy to be back, especially after what happened in Toronto, and to get a Podium on an oval is great. We have come so far as a team. We had nothing when we got here, no information on where the car should be. This is only our second oval race and the first one we have finished. We didn’t know what to expect here, so it was a guess in the practice sessions. We went with what we had in Qualifying for the race and after this result there’s a lot we can take away from this weekend.”