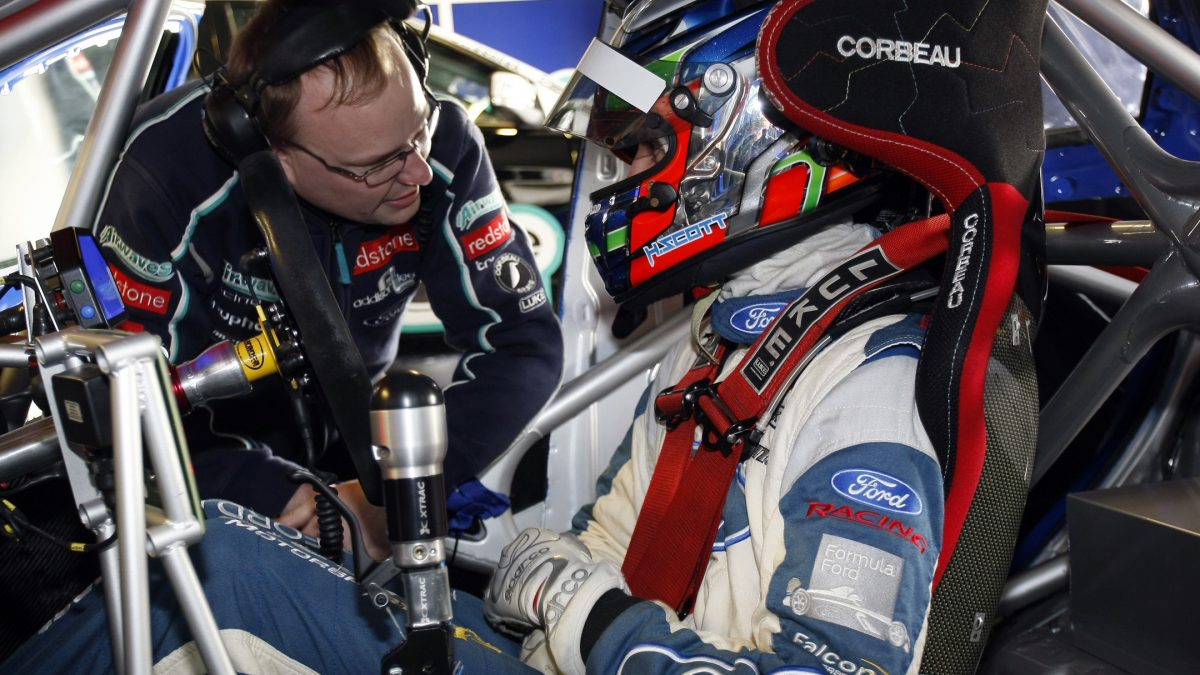 2013 Formula Ford Championship of Great Britain runner-up Harrison Scott swapped slicks and wings for a roof at Snetterton on Tuesday (October 29) when he sampled a British Touring Car for the first time.

The 17-year-old had been invited to take part in the test with front-running BTCC squad Airwaves Racing by tyre partner Dunlop as part of his prize for winning this year’s British Formula Ford Scholarship Class.

With only one year of car racing experience under his belt, the front-wheel-drive Ford Focus ST was completely different to the EcoBoost single-seater Scott has driven this season. Nevertheless, it didn’t take long for the Althorne teenager to get up to speed.

After a briefing from current Airwaves Racing driver Tom Onslow-Cole, Scott spent the morning familiarising himself with the tin-top during a six-lap run on used tyres, before being entrusted with a brand new set of rubber for his afternoon race simulation.

“I absolutely loved being out in a touring car for the first time,” explained Scott. “Needless to say it’s a totally different experience to the Formula Ford I’ve raced this season, but not at all how I imagined it would be actually. Being front-wheel-drive you assume beforehand that it will have a greater tendency to understeer than a single-seater with higher front-end downforce. But that wasn’t the case and, in fact, through the fast corners it’s the rear that becomes a bit twitchy.

“Having said that I was able to feel comfortable quite quickly. Talking to Tom proved really useful, while the Airwaves team seemed pretty impressed with the times given my level of experience. I wouldn’t say that the day opened my eyes to the possibility of a career outside of single-seaters; it’s always been a consideration even if I am fully focused on achieving my dream of racing in Formula 1. But it did give me a greater perspective on how capable a touring car is.”

Dave Bartrum, whose Motorbase squad runs the Airwaves Racing Focuses, added: “We expected a high level of ability based on where the drivers had come from; but to be thrown straight in at the deep end and to show the speed and ability they did, away from their areas of expertise, just shows where their talents lie. All the drivers did very well and impressed the whole team. The day was great testament to Dunlop tyres and the firm’s support and commitment to the BTCC and racing as a whole. Airwaves Racing is very proud to have been a part of it.”

Scott will hope to be equally adept at testing unfamiliar machinery when he visits America in December 9/10 to receive his Mazda Road To Indy Formula Ford Driver of the Year prize test at the wheel of a USF2000 and Pro Mazda single-seaters.