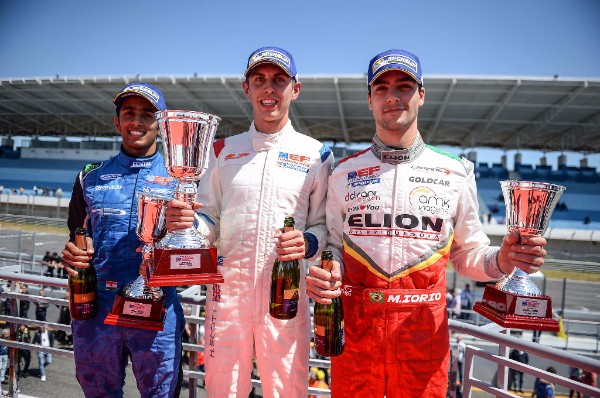 British racing driver Harrison Scott reigned supreme with RP Motorsport at the first Euroformula Open event of 2017. The 21-year-old, from Althorne in Essex, secured a record-breaking, maiden series pole position in race one qualifying and drove a pair of faultless races to victory at the Circuito de Estoril, Portugal, last weekend.

Behind the wheel of the #10 ‘RP Motorsport’ Dallara F312 (the Italian squad run by Fabio Pampado and Niki Rocca) Scott clocked a record-breaking 1:31.242 qualifying lap for race one, a full seven tenths faster than his nearest rival on Saturday morning.

The season opener later in the afternoon produced some breath-taking action, with Scott storming to his maiden Euroformula Open race victory ahead of the 19-car field. Despite Scott losing out at the start to a quick off the mark Nikita Troitskiy (Drivex), he maintained position and was quick to regain the lead on the straight after a restart following an early safety car. The top three positions changed hands briefly once again before Scott took charge and pulled away from the pack to control the race. After twenty laps, he took the chequered flag with a 1.3 seconds advantage over Ameya Vaidyanathan (Carlin) to claim his first Euroformula Open winner’s trophy.

Despite losing out on Sunday’s pole position by a mere ten-thousandths of a second in wet weather conditions, Scott notched up another glorious race win in an undisputed lights-to-flag performance in the afternoon. The British Racing Drivers’ Club ‘Rising Star’ programme member made the best start to take the lead from pole-sitter Troitskiy and, following the departure of the safety car once again, pulled away to set the fastest lap of the race on lap five. Harrison Scott then demonstrated his ever-improving race craft and built up a leading gap of three seconds on lap six which then grew to an impressive ten seconds by the time he crossed the finish line as the victor at the end of the 25 minutes’ contest.

“The car was behaving very well in testing on Thursday and we were producing some really quick lap times, keeping us up in the top three which was extremely promising. The car felt the same during the official test sessions on Friday; we ended the first outing in P2 and on the top of the time sheet at the end of the afternoon’s race runs. We were confident with our pace going in to Saturday – our strategy for first qualifying was to go for two new tyre runs. My first outing was really good and just shy of second place, then on the second set of new tyres I put in one of my best laps in a while; it was precise, with no mistakes and close to the limit. I was over seven and a half tenths clear of second and set a new lap record, so I was very happy with that. Going in to the race unfortunately I didn’t get the best start, but I knew I had the pace so kept my head and put the leader under pressure. I was ecstatic to achieve the race one win and pole position – it was a great start to the weekend for the whole team.

“We were confident of producing another strong performance going in to Sunday, but faced wet conditions for the first time during the weekend. Straight out of the box in qualifying we were on the pace and sitting comfortably in P1, but were pipped to pole at the very end of the session. Our focus for the last race was to get off the starting line well, which we did and I managed to get in to the lead in to turn one. From there we controlled the race – the car was handling well and I managed to stretch out over a ten-second lead by the chequered flag. I am extremely happy to start the year with two out of two wins and a record-breaking pole position. I cannot thank everyone at RP Motorsport enough for what we achieved together over the weekend, let’s hope that it continues.”

The Euroformula Open now heads to Belgium for round two which takes place at Spa-Francorchamps on 27/28 May. 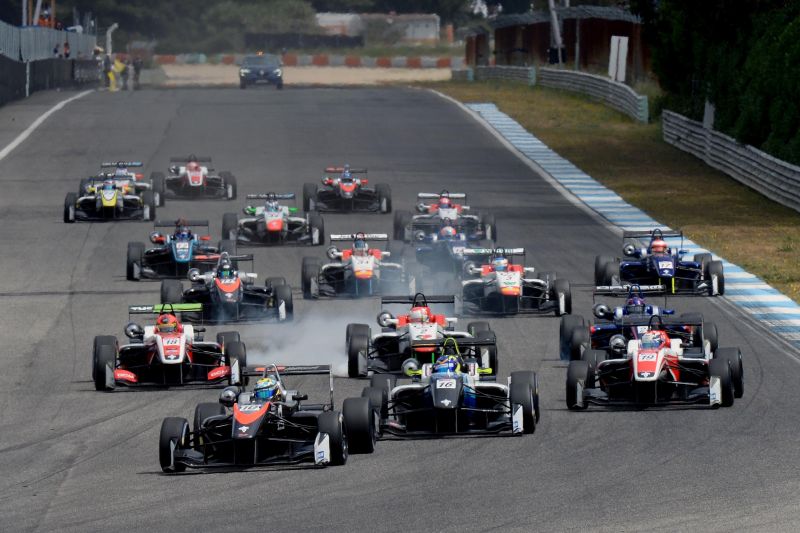