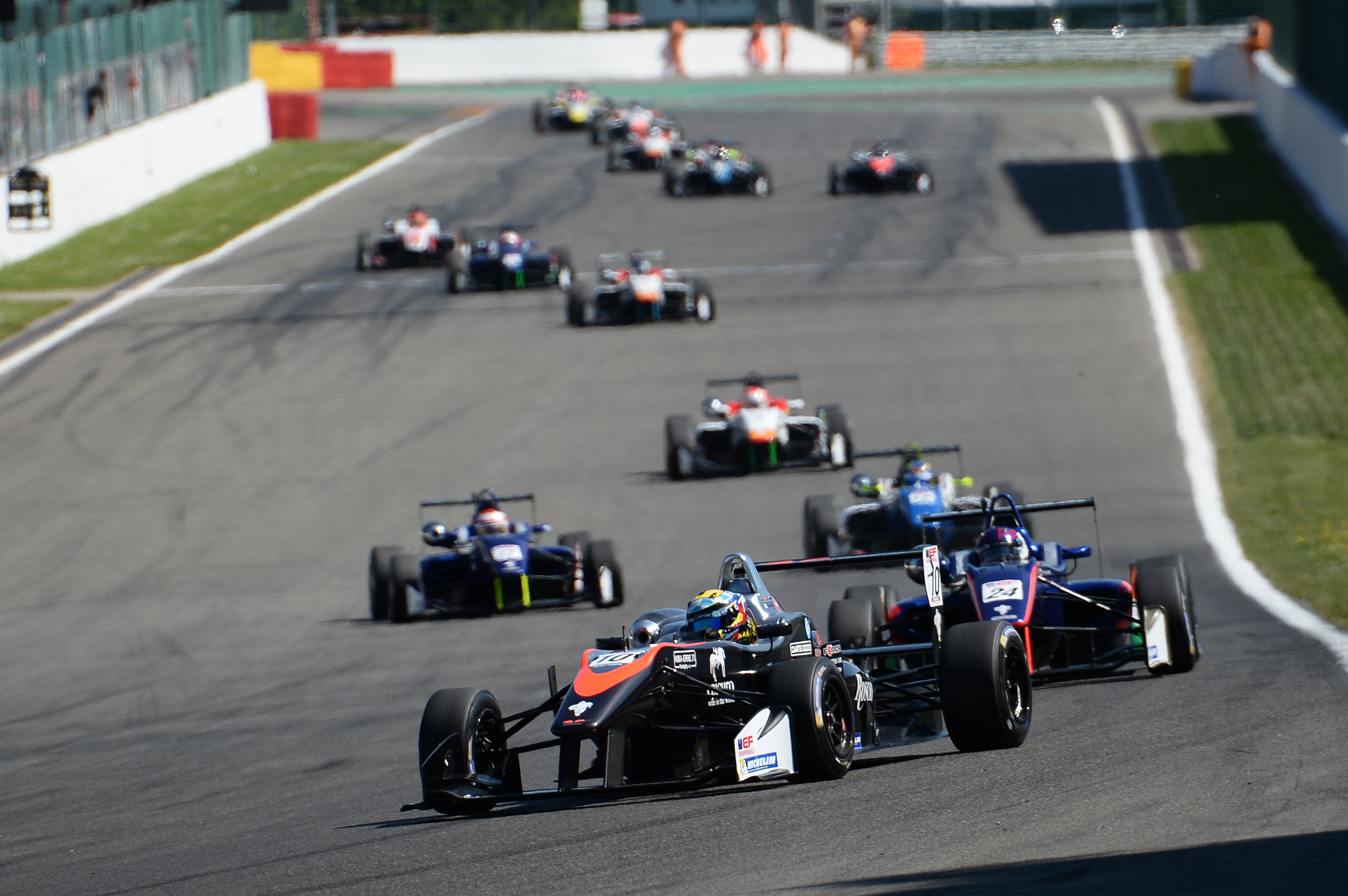 21-year-old Harrison Scott continues his successful run in Euroformula Open with a victorious outing at Spa-Francorchamps last weekend. The only British driver in the 2017 competition extended his lead at the top of the Championship table with RP Motorsport as the squad now looks to conquer the third round out of eight at Paul Ricard, France on 10-11 June.

The Euroformula Open second round action commenced with three free practice sessions in warm, Spring temperatures on Friday. Championship leader Scott showed extremely strong pace by setting an impressive 2:14.362 in FP2. Scott was already the quickest in FP1, but his Italian outfit was able to muster more than a second lap time improvement out of the #10 ‘RP Motorsport’ Dallara F312 for the next session.

Scott secured his second pole position of the season on Saturday morning with a qualifying lap of 2:13.220 ahead of Ameya Vaidyanathan. However he succumbed to the pace of the Carlin Racing charger on lap three of race one when Scott struggled with his car’s handling and, unable to make a meaningful challenge on the new leader, took the chequered flag at the end of the 13-laps outing in P2. 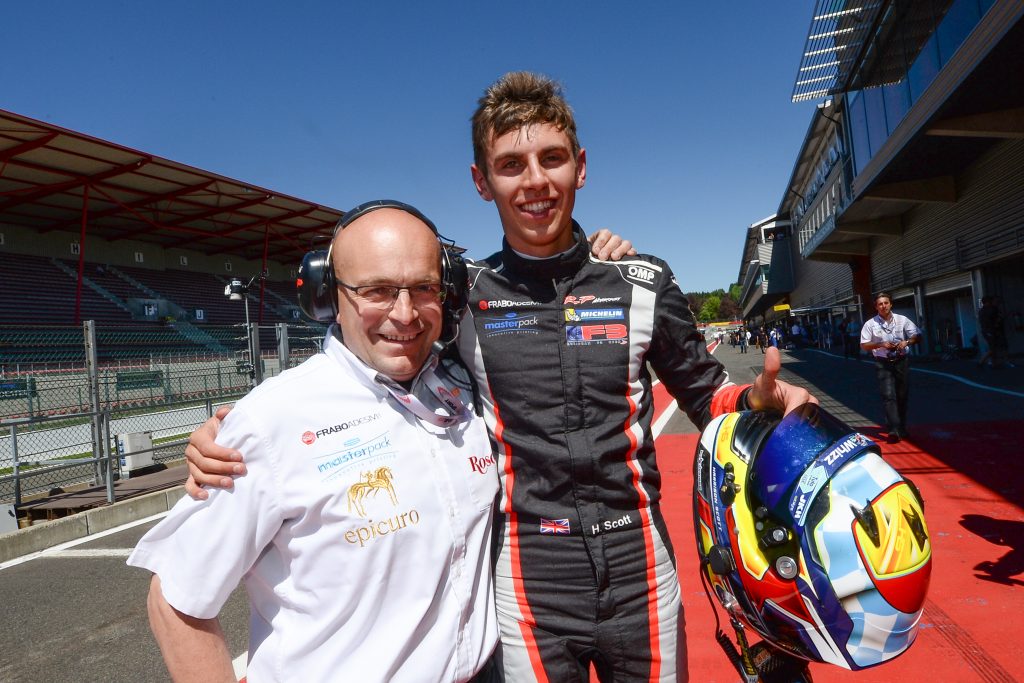 Sunday morning brought a heavy downpour of rain immediately before the second qualifying session.  Despite Scott topping the session in the opening laps an unfortunately timed pit stop scuppered the Britons pole position hopes as several drivers improved on his 2:37.121 minutes before a downpour of considerably more rain. Back on track Scott was unable to improve in the now water-logged conditions and had to settle for sixth place on the starting grid for race two in the afternoon.

The young racing driver from Althorne in Essex delivered another strong performance and excelled in the weekend finale. After a flying start Scott made up a position on every lap and by lap five, despite Devlin DeFrancesco’s (Carlin Racing) best efforts to keep the #10 RP Motorsport driver at bay, he took advantage of the slipstream in a brave move on the Kemmel straight and pulled away from the field. An incident involving Alex Karkosik (RP Motorsport) and Pedro Cardoso (Teo Martín Motorsport) in the last chicane brought out the safety car, but as it returned to the pits Scott kept the race firmly under control to take his third win of the 2017 Euroformula Open season. 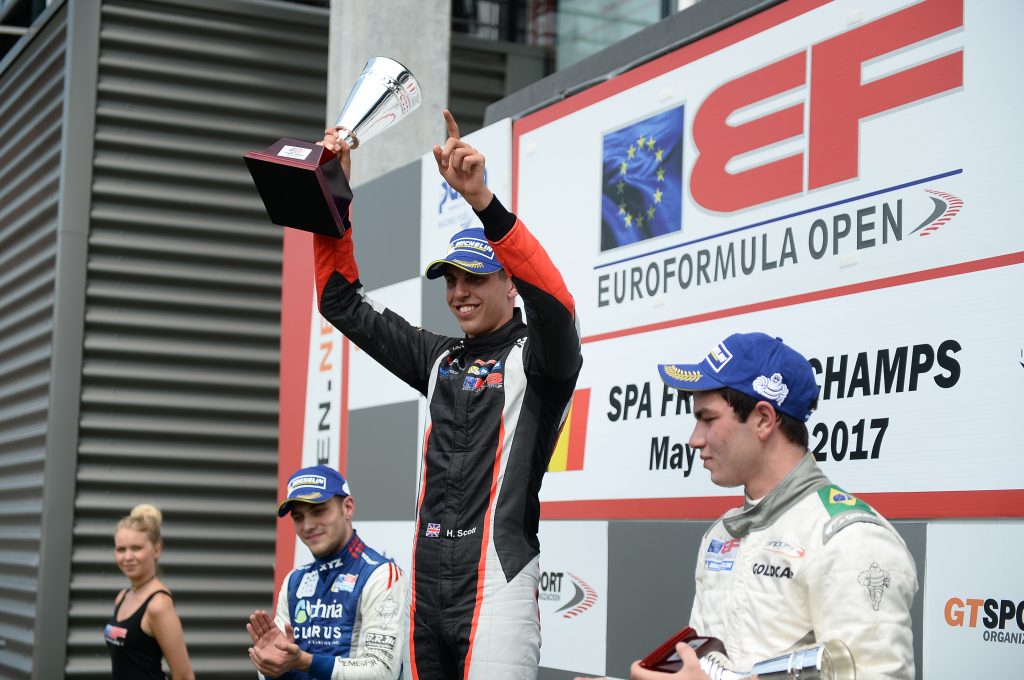 Harrison Scott, #10 RP Motorsport:
“It was another fantastic weekend. Our pace was good straight out of the box and we felt confident that the car would be strong once again. Going in to qualifying on Saturday morning we had to be precise to get the pole and we were confident that we would have a good first race. I kept the lead and put in a couple of solid laps, but then I started fighting with the car’s handling and we couldn’t stay with Ameya through the second sector to make any meaningful moves after he took the lead.

“Sunday was a very different day. A storm came in just before second qualifying, but after five laps on wet tyres we were in P1, so we came in to the pits to make further changes to see if we could better our time. Unfortunately, everyone else stayed out and got quicker as track conditions improved and when we went back out on track only two minutes later, the rain came down heavily again. We were unable to better our time in the now really wet conditions and I was disappointed to end the session in sixth. We made a lot of changes to the car for race two and straight away it felt really good. I made a couple of bold moves, at Eau Rouge on the first lap and then later around the outside at turn 16/17, to maintain momentum and not lose sight of the two leading cars ahead. I moved up to second and then had a two seconds gap to close down on Dev. I got passed him at Kemmel and was then able to pull away to win my third race, which is fantastic! A big credit goes to my team RP Motorsport – it feels great to have extended the lead in both the Drivers’ and Team Championships.”

The Euroformula Open now heads to Paul Ricard, France for round three on 10-11 June 2017.