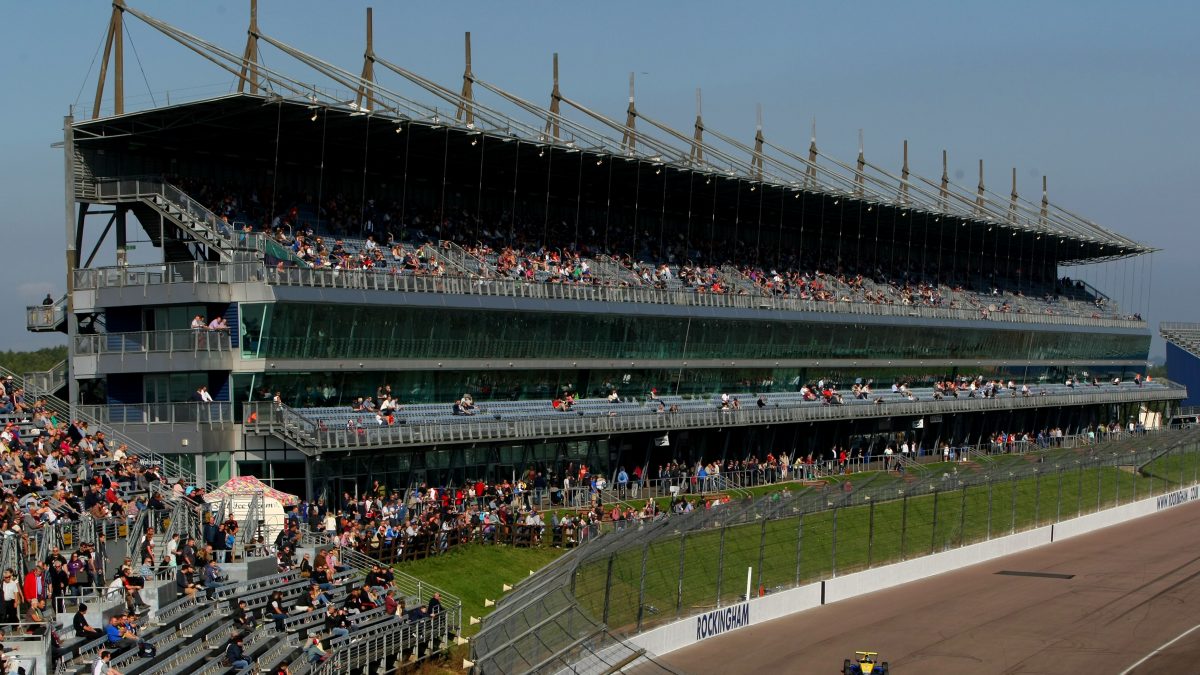 Rockingham speedway was the venue for rounds 22, 23, & 24 of the Dunlop Formula Ford Championship. The Corby venue was 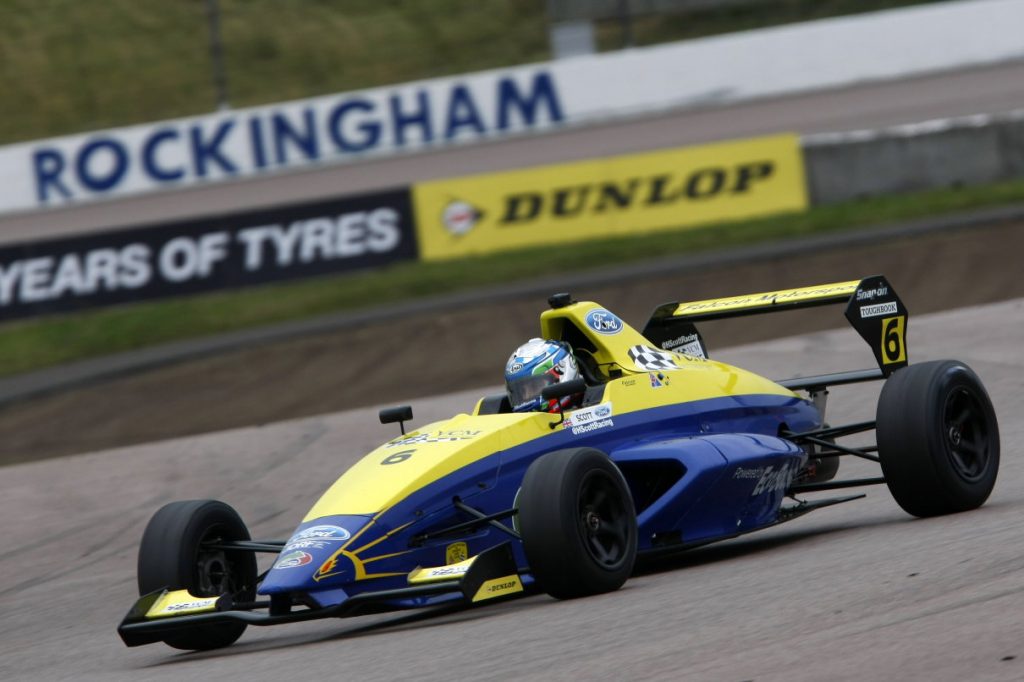 another circuit thatHarrison Scott, the leader in the Championship Scholarship Class, had not been to previously.  Rockingham with its fast banked corners and technical infield sections would prove to be another challenge for the Essex racer.

Friday’s two free practice sessions went to plan and time was spent looking to improve the balance of his 2013 Ford Mygal race car and with weather warnings scheduled for the race weekend it was important to get the equipment ready for possible changing conditions.

Qualifying was far from perfect with an early rain shower that left the track extremely slippery. Harrison managed to post the 6th quickest time in the wet, this being his first time in the 2013 season on full wet tyres.

Starting race 1 from the 3rd row Harrison made a superb start off the line and was up to 3rd place by the 4th corner and then started to pressure for 2nd place.  A beautifully executed move down the inside at the Tarzan hairpin on lap four gave Harrison second place. “I had a really good start and made up two positions,” said 17-year-old rookie. “Once I got clear into second I thought I was home and dry with a big gap to the car behind me.  Unfortunately with four or five laps to go I started to get fuel surge and I lost massive chunks of time.” With the fuel surge getting worse Harrison was overtaken on the final lap by Sam Brabham and luckily held on to 3rd place.

Race 2 saw the heavens open and with rain was falling hard Harrison made another great start moving him to 2nd place by the end of the first lap.  On lap four Harrison made an unusual mistake by locking up the rear wheels on the entry to the Tarzan hairpin and spun in to the gravel, the car was beached and Harrison race was unfortunately over, taking only his second DNF of the race season.

Race 3 needed a result as Juan Rosso was closing the points gap to Harrison’s much deserved 2nd place in the overall championship standings and with his DNF from race 2 Harrison was feeling the pressure, but another great start saw him move straight to 3rd place behind Cammish and Kruger. After 4 laps Harrison just did not have the pace of the leading pair but did manage to hold on to 3rd place.  Harrison said “this has been a tough weekend, racing for the first time in the rain and with my mistake in the 2nd race I was really feeling the pressure, the team did another great job so a big thanks to all of them”

Harrison leads the scholarship class by 45 points and retains 2nd in the overall championship standings.

Next race will be at Silverstone the home of British motor sport on 28-29th of September.

Provisional championship positions after Round 24, 22/9/13