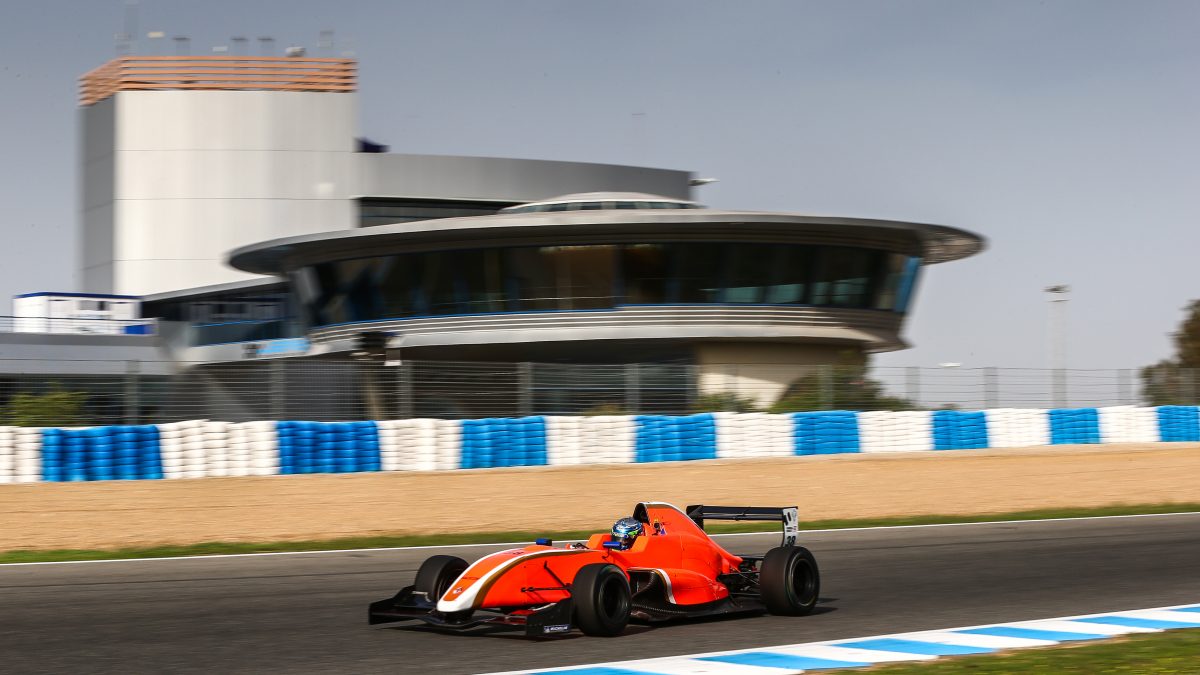 21 April, 2015: Nineteen year old British driver Harrison Scott is on his way to the opening round of the 2015 Eurocup Formula Renault 2.0 championship with the Spanish ‘AV Formula (AVF) by Adrián Vallés’ team. 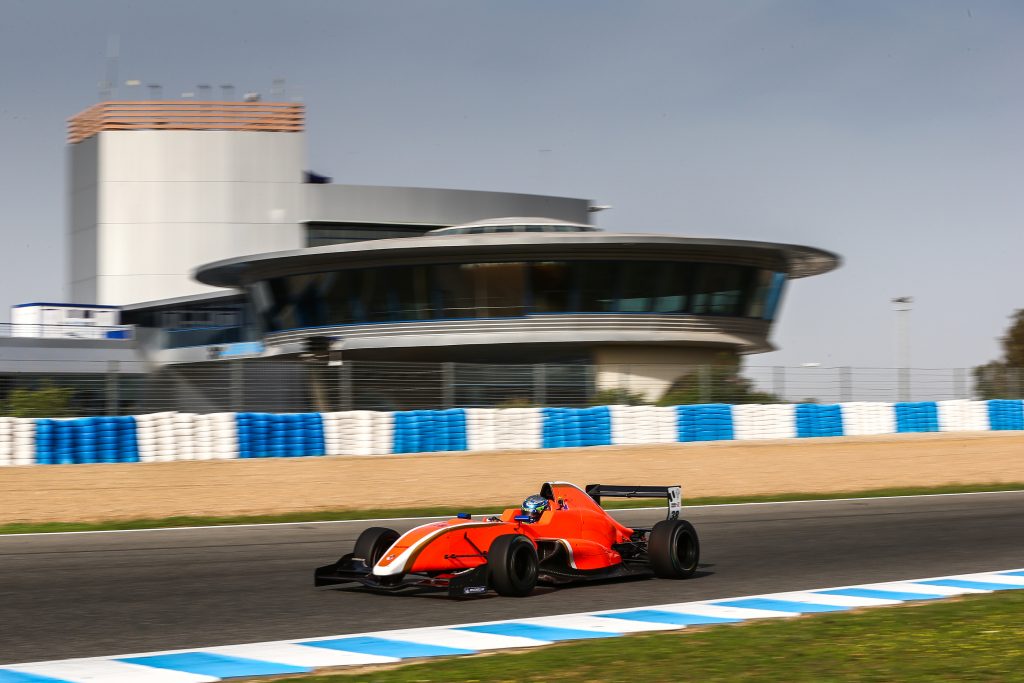 Season eleven of the World Series by Renault commences this weekend at the Ciudad del Motor de Aragón, also known as Motorland Aragón, Spain. It is a 5.344 km (3.321 mi) circuit designed by Hermann Tilke, the German architect responsible for many tracks on the Formula 1™ calendar. It covers an undulating area of 1,320m² and has a main straight 1,726m long, which makes it an international benchmark for holding aerodynamic tests.

Harrison, from Althorne in Essex, joins the Eurocup series as 2014 MSA British Formula Ford of Great Britain Championship Deputy Champion and has been labelled as “one to watch” in the British Racing Drivers’ Club ‘Rising Stars’ program.

How did pre-season testing with the AV Formula team go?
Harrison: We had a very good six days testing. Every day I felt more comfortable in the car, continually learning, and I believe that we did as much as we could in the limited amount of time we were allowed on track to prepare for the first round.

How are you preparing for the European circuits you haven’t raced on before?
Harrison: I have tested at Motorland (Aragon) in Spain, so the first round of Eurocup won’t be totally new to me. For the tracks I haven’t visited before, AV Formula has a simulator back at its factory, so the plan is for me to go out to Barcelona the week before each race to work with team and prepare as much as possible.

What do you envisage will be the major challenges stepping up to Eurocup Formula Renault 2.0?
Harrison: It shall be very different to Formula Ford! There are 36 cars on the Eurocup grid compared to 12 or 14, so it shall be hard to get a clear lap and qualifying will be very important. The field in Eurocup is so evenly matched that where ever you start it will always be a challenge to overtake, so I need to get the most out of our car in qualifying to give us the best chance of getting some points in the race.

What is the AV Formula FR2.0/13 Tatuus car like to drive?
Harrison: It’s a great car. It has more horsepower than the Ford and aerodynamically it’s got bigger wings and a larger floor. That’s one of the hardest things to get used to; adjusting to the downforce levels and understanding how fast you can actually go around corners. Tyre management is also going to be critical in Eurocup, so overall the car will be a great way for me to hone my race craft and I am extremely excited about the coming season.

About:
The 2015 Eurocup Formula Renault 2.0 series of seventeen races will take place over seven race weekends (three triple-headers), all of which are part of the World Series by Renault programme. With 36 cars taking their places on the grid, traffic on the track can often be dense, which is why the field is split into two groups during qualifying.
The duration of each of the season’s 14 races is 25 minutes plus one lap, giving drivers no time to pause for breath. From the moment the lights go out to the appearance of the chequered flag, it is all about attacking. The series’ FR2.0/13 Tatuus car puts the emphasis on aerodynamic efficiency and boasts a 210bhp engine, a sequential gearbox with steering wheel-mounted controls to offer very high performance.
The Eurocup Formula Renault 2.0 champion receives a €500,000 prize to allow them to make the move up to the Formula Renault 3.5 Series.