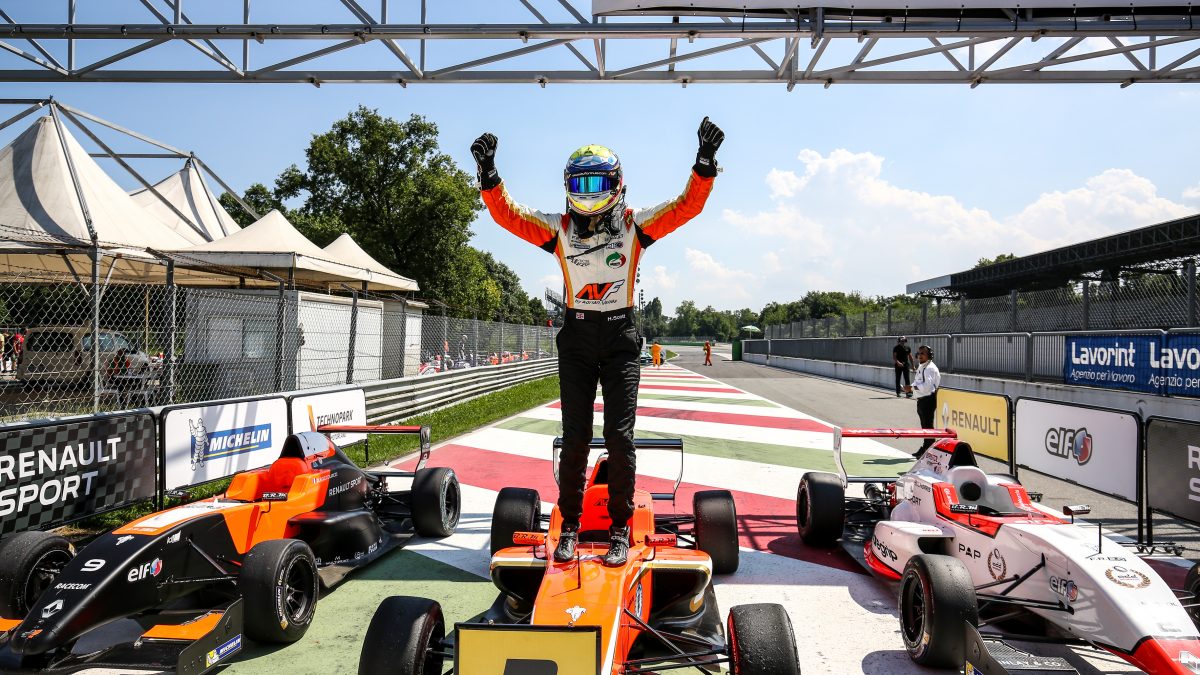 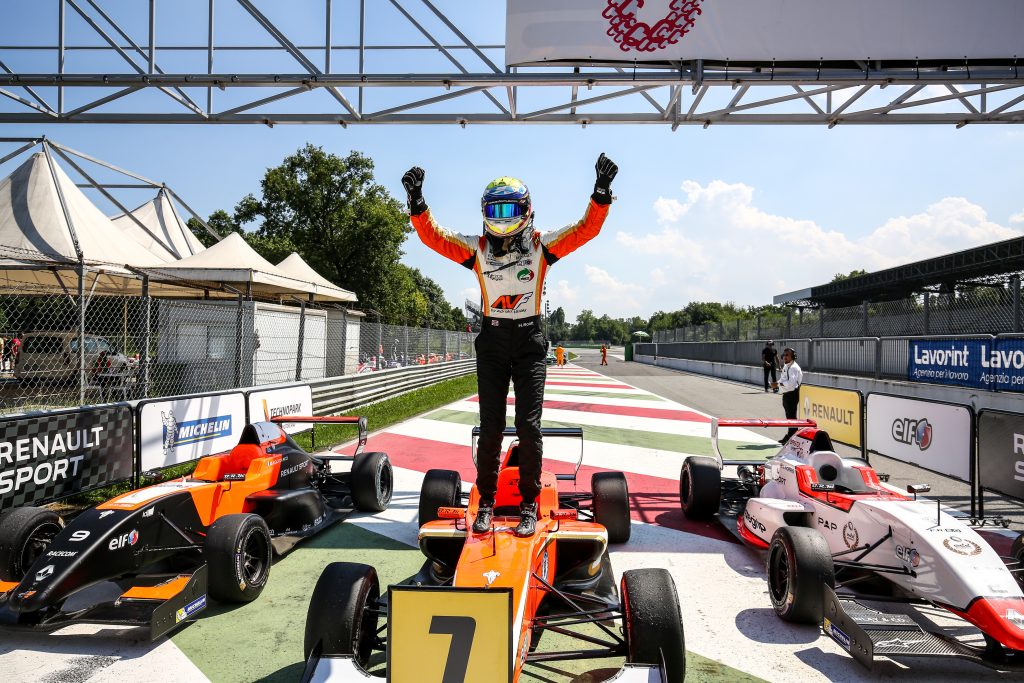 Returning to the iconic Italian track for the first time since 2005, round three of the 15-race Eurocup FR 2.0 series commenced with two private tests on Thursday ahead of the usual pair of 45-minute practice sessions on Friday.

The 24 Eurocup competitors came together for first qualifying on Saturday morning to determine the starting grids for races one and two. 20-year-old Harrison, from Althorne in Essex, maintained the good pace in his #22 Tatuus-Renault challenger found during the practice sessions to achieve the P4 grid slot for race one, with his second best lap time putting him in P5 for the start of the second race on Saturday.

Capitalising on a good start to the first race in the afternoon, Harrison nipped past Sacha Fenestraz (Tech 1 Racing) in front of a tightly bunched field. He defended for the entire 15-lap contest to claim his third podium finish of the season in P3.

When the lights went out for race two later in the day, Harrison made an aggressive start from P5 to slot in behind Will Palmer (R-ace GP) in fourth. He then overtook Palmer for third on lap two followed by a bold tandem move with Dorian Boccolacci (Tech 1 Racing) ahead of him which saw the pair overtake race leader Lando Norris (JKR). After a short safety car period Harrison was finally able to make a charge for the lead from P2, but unfortunately Boccolacci swerved and made contact with the Briton sending him across the kerb on the exit of turn one, damaging his front wing. With loss of grip, Harrison began to drop down the time sheet to ultimately finish in P13 at the chequered flag.

Second qualifying on Sunday morning was extremely competitive with the field making the most of the hot, dry conditions. A change to new Michelin tyres half way through the session enabled Harrison to push his car to the limit and set the provisional pole pace, but on the very last lap Boccolacci crossed the line a mere eight tenths quicker, making it one of the closest run front row battles in Eurocup qualifying so far this season. 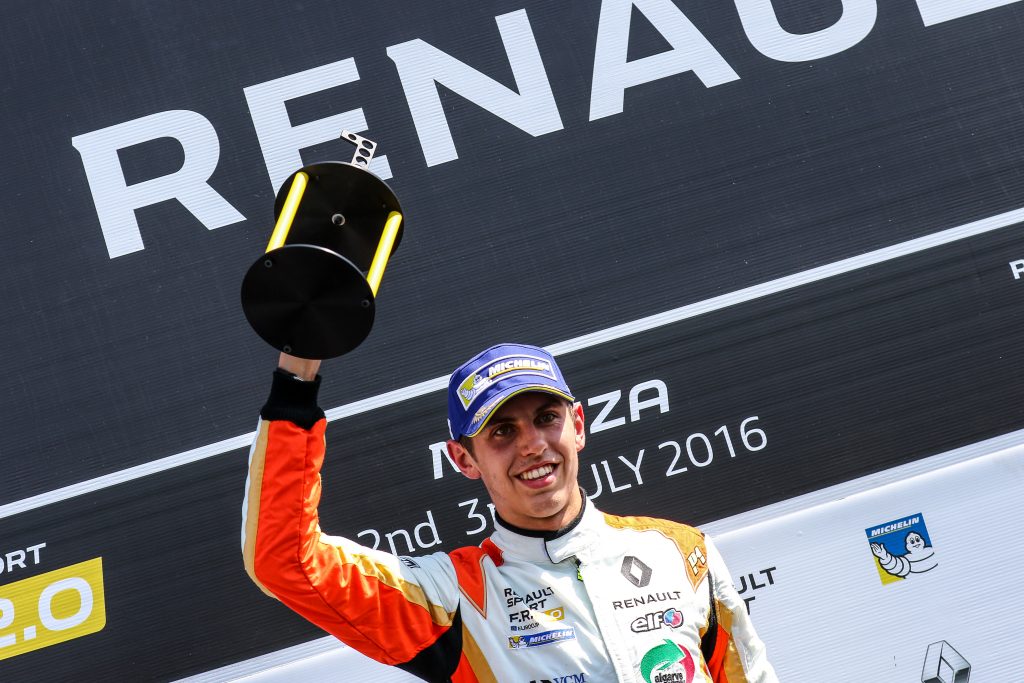 From the moment the lights went out at the start of race three Harrison dominated proceedings. He made a flying start from P2 and took the lead from pole sitter Boccolacci at the first corner. He controlled the 14-lap race with maturity, including at the safety car period restart, to take his and his AVF team’s first win in the Eurocup Formula Renault 2.0 Championship.

“I am extremely proud to have achieved my first win in Eurocup Formula Renault 2.0, and also the first for the AVF team in the series. We now need to maintain momentum to fight for the championship title when we get to Austria. I would like to thank everyone in the team for their hard work and support – together we have made really good progress since the first race of the season, and I am confident that our pace in qualifying and the races this weekend show that we have a lot more to come.”

The usual two-race weekend format resumes for round four on 15-17 July, 2016, at the Red Bull Ring, Austria. 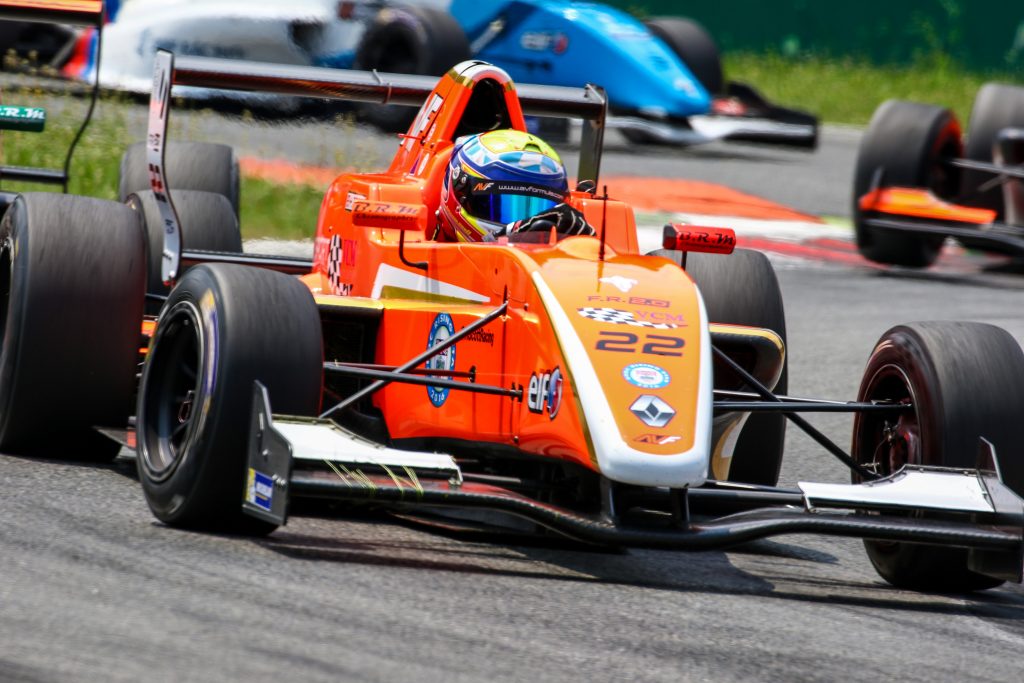