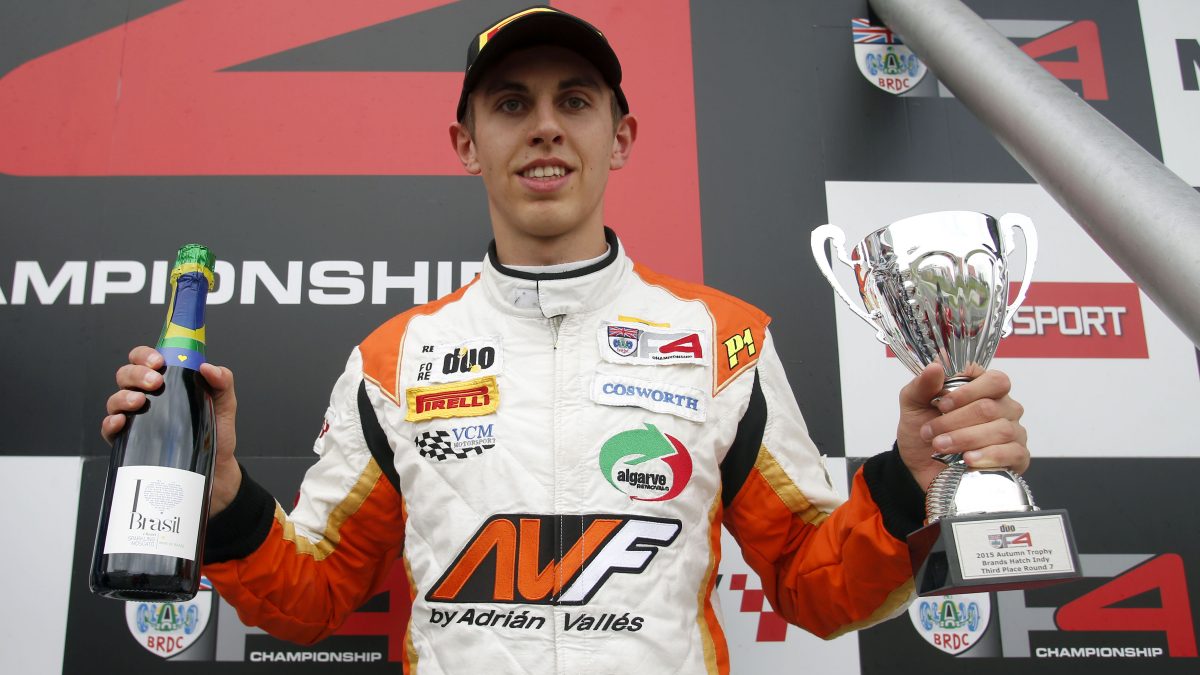 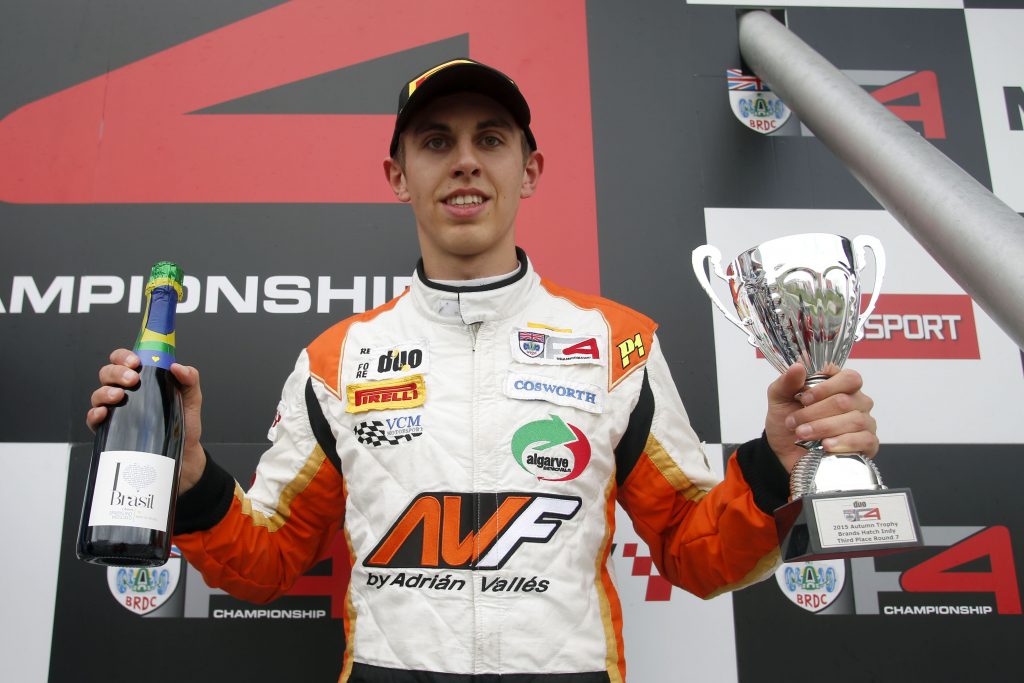 18th November 2015: The concluding event of the 2015 Duo BRDC Formula 4 ‘Autumn Trophy’ brought all the thrills and spills expected from the competitive young racers who took to the track in the new Tatuus-Cosworth F4 car at Brands Hatch last weekend. Unfortunately it was not the fairy-tale ending that 19 year old Harrison Scott had wished for, having to settle for the overall Deputy Champion award at the end of the closely fought contest in Kent.

Harrison and his Douglas Motorsport team headed in to the finale weekend leading the standings with two race wins and a pair of runner-up accolades. The 2015 Eurocup Formula Renault 2.0 Rookie Champion and BRDC ‘Rising Stars’ program member set the second fastest lap during a wet qualifying on Saturday morning and made the best start from the front-row at the start of race one. He passed pole sitter Lando Norris (HHC Motorsport) into Paddock Hill Bend and by the eighth lap Harrison had pushed his advantage up to over two seconds. However, shortly after he lost the back end of his Tatuus-Cosworth and slid across the track and into a costly retirement. 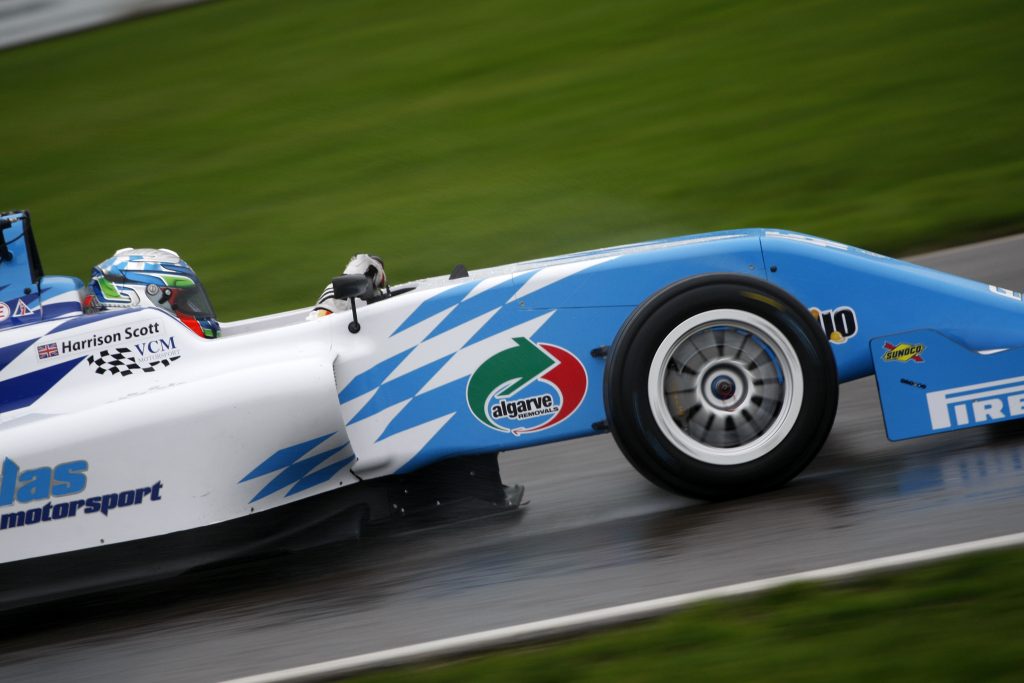 By virtue of his fastest lap from race one Harrison lined up on pole position with Norris alongside him for the start of race two in the afternoon. A poor getaway meant that Harrison slipped down to third, but he pressurised Ben Barnicoat in the Fortec ahead in an attempt to retake second until the chequered flag.

It was dry but windy weather on Sunday morning when championship leader Harrison qualified in third for the first race of the day. He made a solid start off the line and worried the leading duo of Barnicoat and Norris for the entire 25-laps dramatic contest, where less than one second covered the top-three positions over the finish line.

Harrison’s third place podium finish meant that Barnicoat drew level on 176 points for the Trophy title with only one outing remaining. With the disadvantage of starting in P4 behind pole-sitter Barnicoat on his shoulders, Harrison was unable to manoeuvre passed Sisa Ngebulana at the start of the final race and with the leading pair pulling away from the pack on every lap, the young racing ace from Althorne in Essex could see the Trophy title slipping away out in front of him. 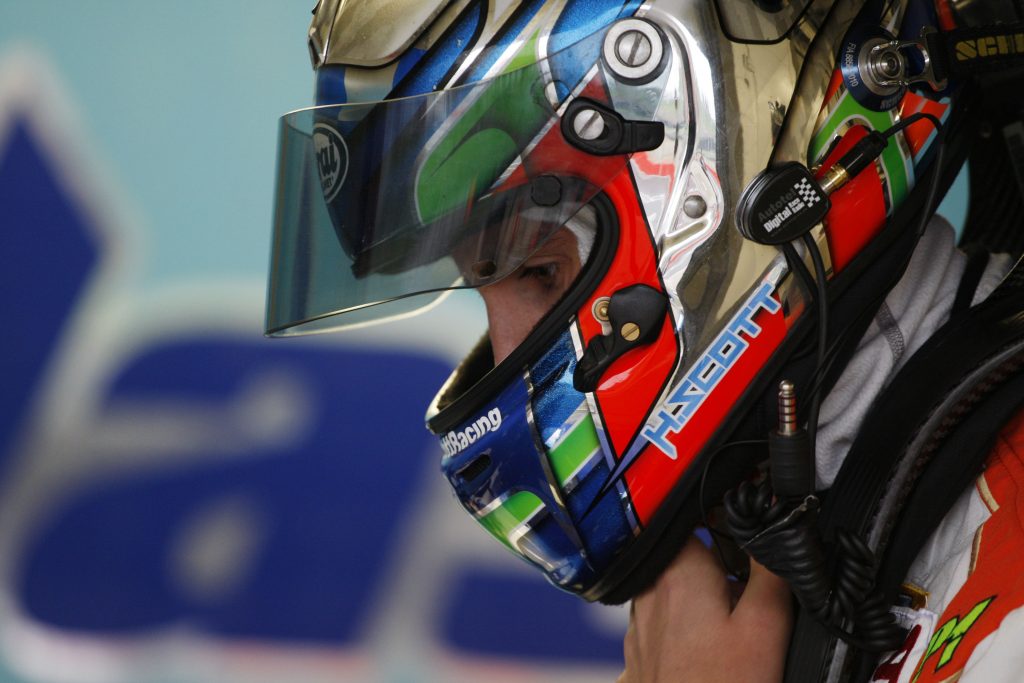 Harrison Scott, #45, Douglas Motorsport:
“I am obviously extremely disappointed not to have won the Autumn Trophy title after leading until the final race. Wayne and the Douglas Motorsport team have been fantastic and I am sorry not to have brought the crown home for them. On the positive side, I have accrued many miles in the new Tatuus-Cosworth F4 car, which has been a great opportunity and I’ve gained valuable experience in a car with more power than I’ve driven so far. I am excited to see what 2016 holds and confident in the knowledge that I am ready for the next step in my racing career.”