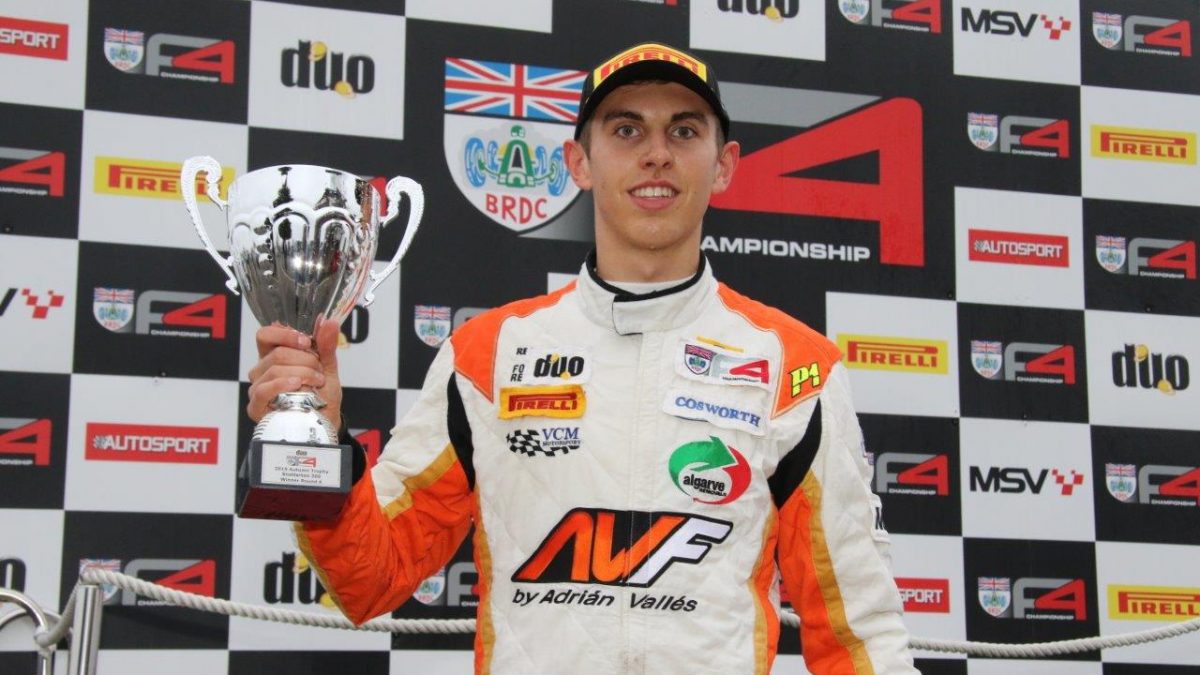 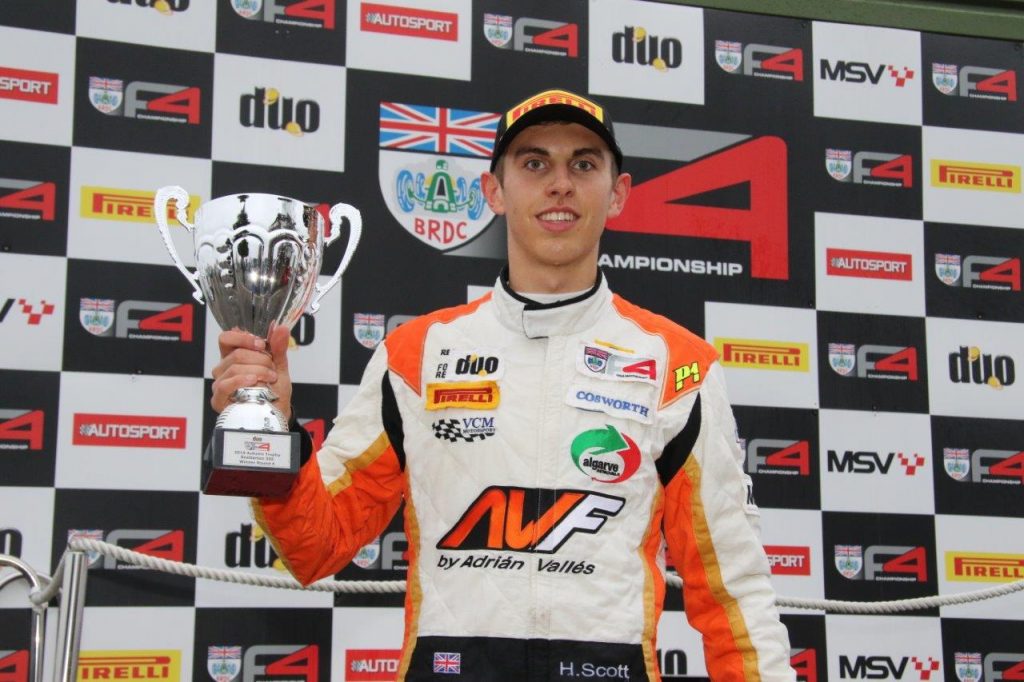 9th November 2015: The first two-day event of the 2015 Duo BRDC Formula 4 ‘Autumn Trophy’ at Snetterton Circuit saw a series of commanding performances by 19 year old Essex born Harrison Scott in the all new Tatuus-Cosworth F4 car. He accomplished a pole position, two race wins and two runner-up trophies with Douglas Motorsport at the four-race meeting and leads the Trophy Standings by 33 points.

Harrison, who claimed this year’s Eurocup Formula Renault 2.0 Rookie Championship title, clinched race one pole position on the Norfolk track’s ‘300’ circuit in a wet 20-minute qualifying session on Saturday morning. He made a clean getaway and led the 10-lap race from lights out to the chequered flag – crossing the line a staggering 16.116s ahead of Sisa Ngebulana (HHC Motorsport).

From P2 on the grid Harrison chased pole sitter Ben Barnicoat (race one Fastest Lap holder) in the Fortec Motorsport challenger for the entire second contest on Saturday afternoon. After an epic battle between the two young British racers, Harrison narrowly missed taking a further win by a mere 0.361 seconds. 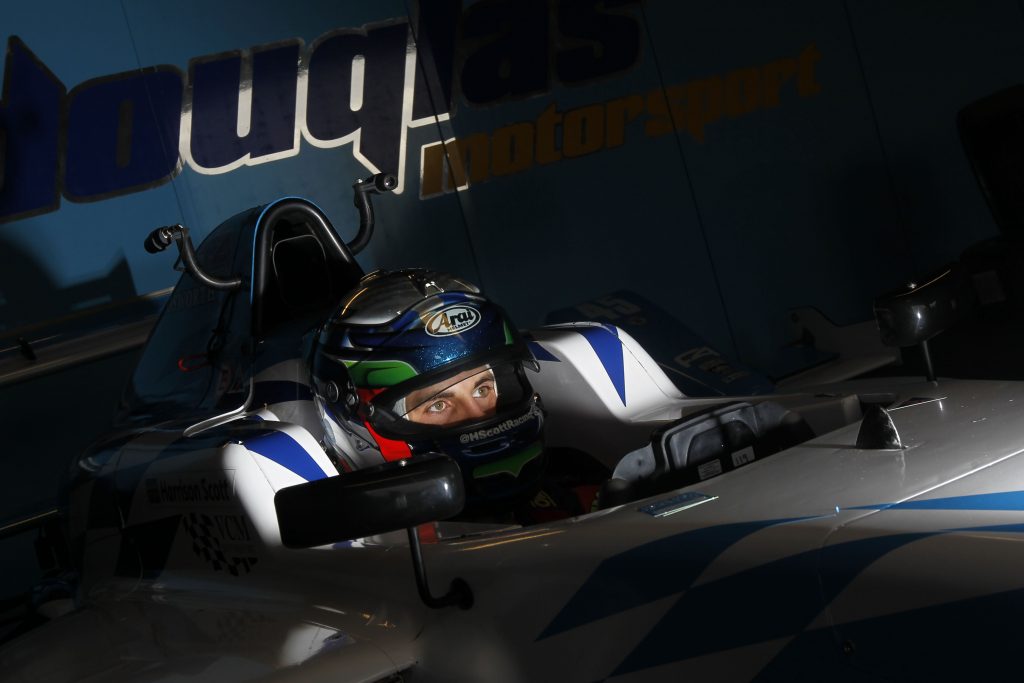 He put in a solid qualifying performance yesterday morning and made a good start to race three from the front row of the grid alongside pole sitter Barnicoat. Harrison forged ahead on the run out of the first turn, but contact was made between the pair, sending both of them off track. Barnicoat had to pit with damage, but Harrison completed the opening lap in fourth.

He fought back to retake two positions and soon closed in on Sennan Fielding, harrying the HHC Motorsport driver to move to the head of the field. On lap five, Harrison manoeuvred past, but Fielding fought back with contact, knocking Harrison down to third. Undeterred he quickly overtook Ngebulana for second, however with Fielding now ahead with a commanding lead, Harrison had to be content with his second runner-up accolade at the end of the battle.

By virtue of claiming the fastest lap in race three, Harrison started on pole for race four in the afternoon. As the lights went out, he made a good getaway and was leading by over three seconds at the halfway stage of the race. He remained in control at the front of the field until the chequered flag to take his second win of the weekend for his Douglas Motorsport team.

Harrison Scott, #45, Douglas Motorsport:
“It was a faultless weekend and I am really happy for the team. We had very good pace and the battles with Ben [Barnicoat] were very close. To come away with four trophies, including two wins, is really encouraging for our Autumn Trophy title bid, so I am looking forward to keeping the momentum going as we head to Brands for the finale this week.” 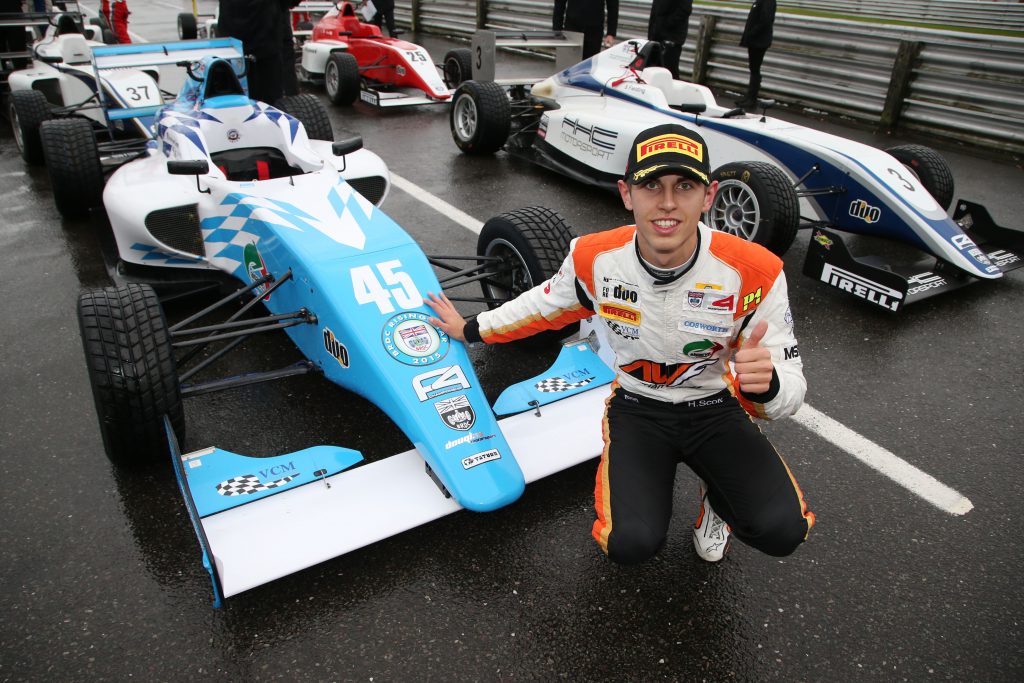