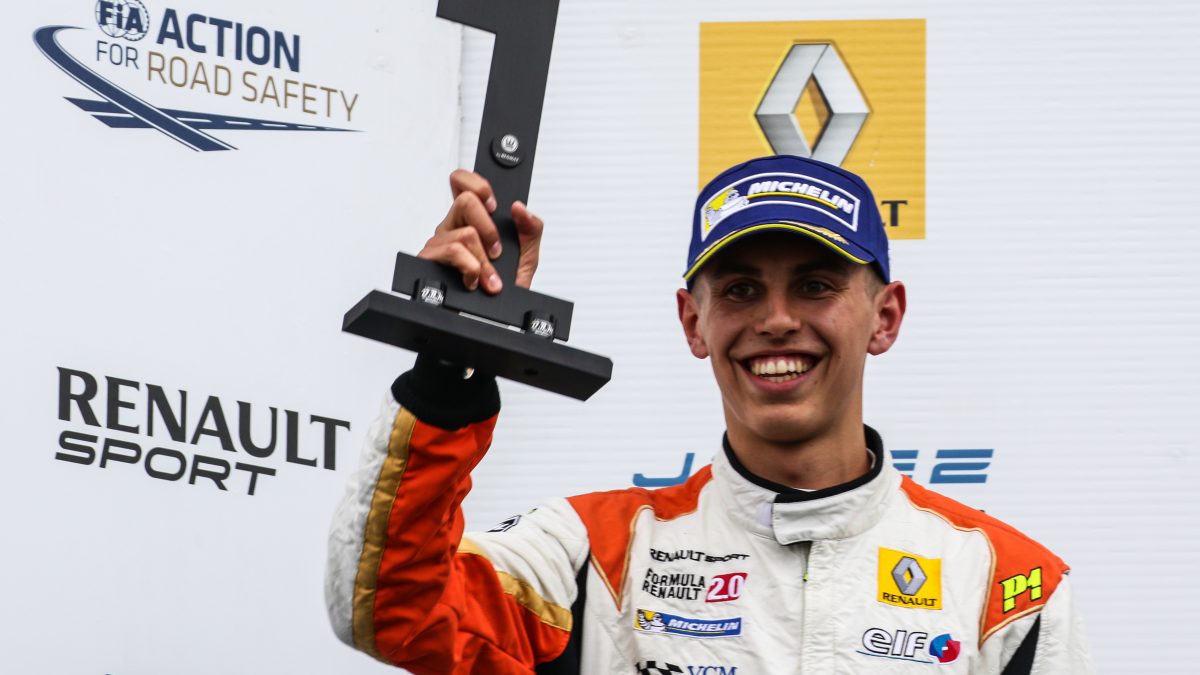 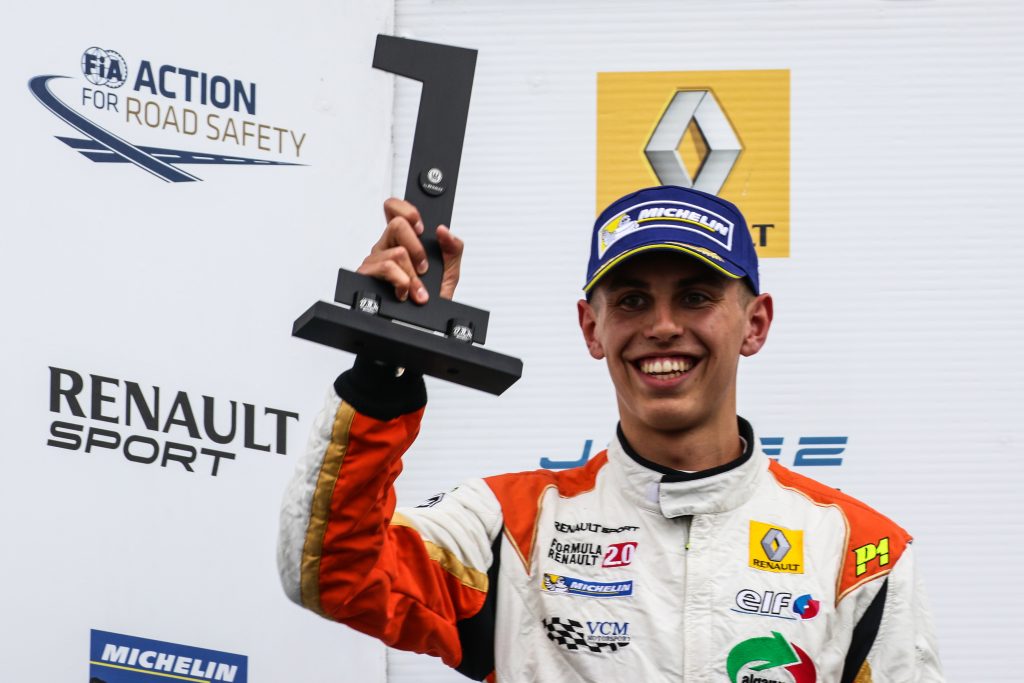 Rookiedriver so far this season by bringing home a second placed trophy and the top Rookie accolade from race one for his collection with the AV Formula (AVF) by Adrián Vallés team.

Returning to his regular race seat with the Spanish team’s Eurocup squad after an extremely successful summer racing in the Silverstone Classic and as a wild-card entry in the Assen round of Formula Renault NEC*, Harrison set the fastest time in Qualifying Group A on Saturday morning (his best Eurocup qualifying to date) to secure P2 and P4 grid positions for the start of races one and two at the ‘Home of British Motor Racing’ this weekend.

After an early, and lengthy, Red Flag for an incident further down the field, Harrison maintained second place overall and lead Rookie position until the chequered flag of race one. He started on the second row of the grid in P4 for race two, but dropped to seventh after being boxed in during the early tussle for position. Late in the race he made a manoeuvre to take P6 from a significantly slower Ben Barnicoat in the #6 Fortec, but a coming together resulted in Harrison’s car becoming airborne and crashing out of the running. 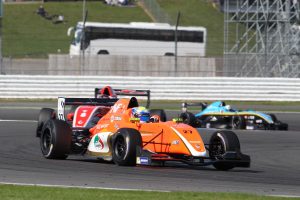 The team worked tirelessly in to the early hours of Sunday morning to repair Harrison’s badly damaged #27 A.V Formula FR2.0/13 Tatuus car. Unfortunately, the 19 year old, from Althorne in Essex, struggled throughout qualifying with understeer and car balance, and had to be content with starting from P21 for the final race of the weekend.

Harrison made a good start and was up to P17 after the opening lap, however, as often occurs when running in a competitive mid-field, he was hit from behind and spun off track. On re-joining the race his front wing was clipped and sustained considerable damage that hindered any chance of further progress, forcing his retirement with three laps remaining of the 25 minute + 1 lap contest.

Harrison Scott, #27 AV Formula:
“On Saturday morning we knew we had the pace to be up toward the front and the car felt good in qualifying. On my last flying lap I was able to improve by several tenths [of a second] so I was very happy to hear that I was on provisional pole over the team radio. I knew that I had to get good race starts as it’s hard to overtake at Silverstone. When we finally got going under the safety car after the incident at the start of race one I was put under a bit of pressure, but soon built up a gap in P2. It was a great achievement for the team to come home with the podium and Top Rookie trophies. We had been improving race by race, so this was a big step forward.

“I started race two from P4, but got boxed in through Maggots and Becketts and dropped back to seventh. I was then stuck behind a four cars train, but got a good run out of Club Corner and so went for a move on Ben [Barnicoat] ahead of me. We had quite a big contact and the team had to rebuild my car overnight. We were not sure how it would run in morning and we were off the pace in final qualifying, so I had to start the last race toward the back of the grid. During a melee of incidents I damaged my front wing and had to end my race with three laps to go. It certainly wasn’t the end to the weekend we were expecting and we have a lot to do at the Nürburgring next weekend.”

Harrison is currently in tenth place in the 2015 Eurocup Formula Renault 2.0 series and is the lead Rookie in the Championship with 38 points and top AVF driver with three rounds remaining. 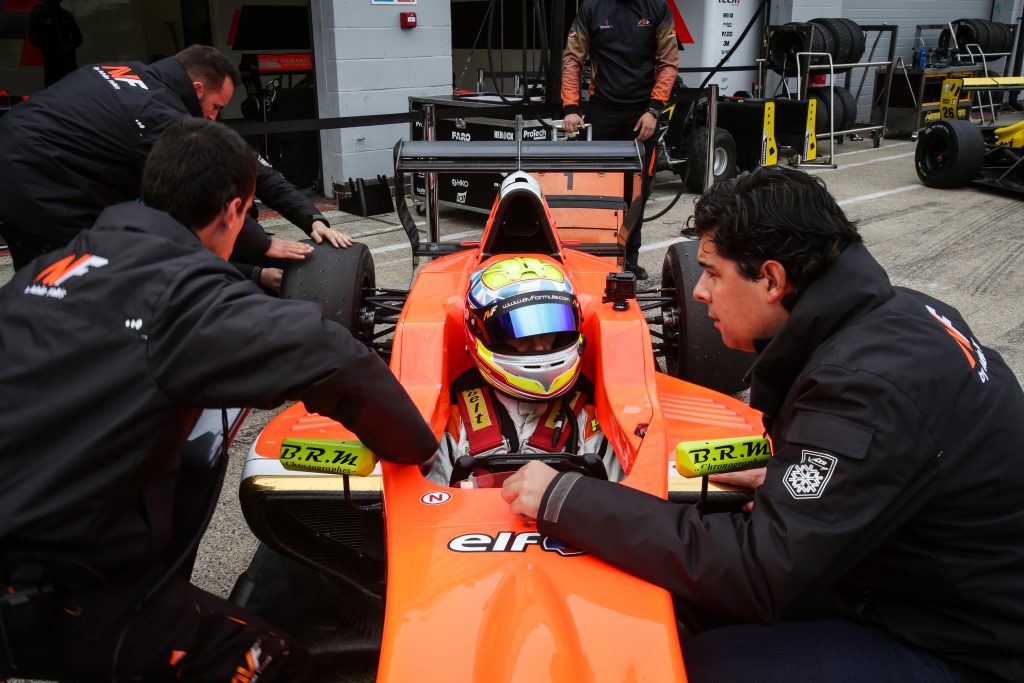