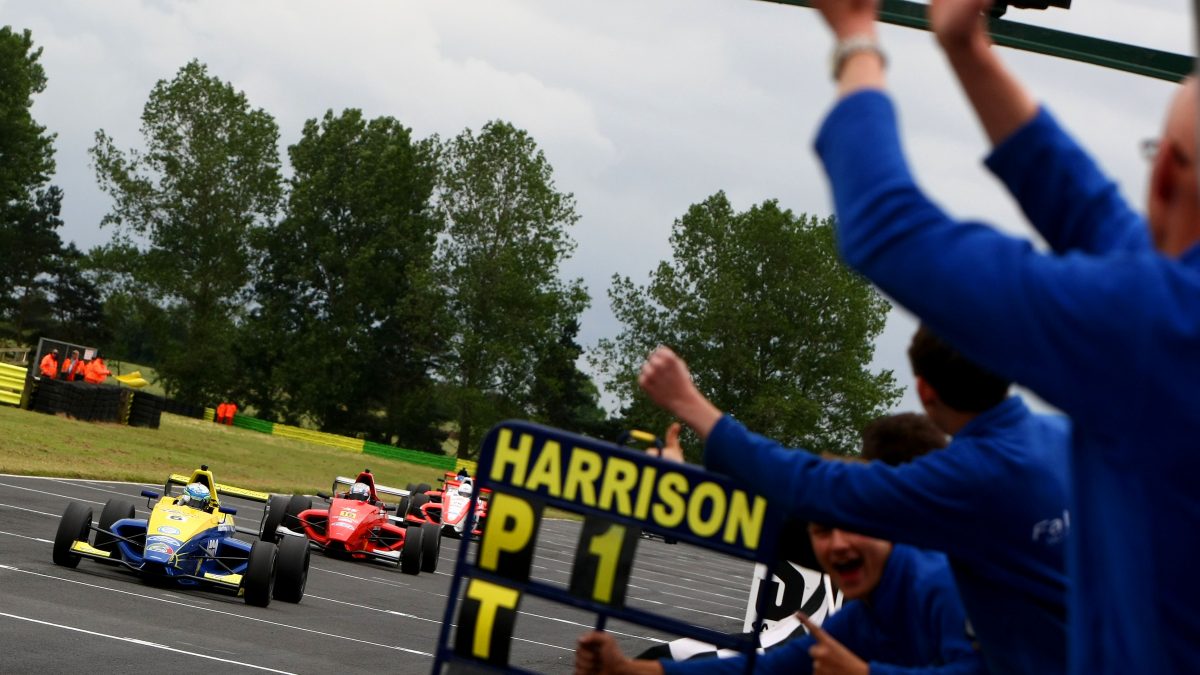 The Formula Ford drivers who have nominated themselves for the Mazda Road to Indy Formula Ford Driver of the Year competition are James Abbott, Lassi Halminen, Camren Kaminsky, Jayde Kruger, Nico Maranzana, Juan Rosso, Andy Richardson and Harrison Scott. The winner will be chosen by a panel of experts from British and US racing.

Seventeen-year-old Scott would dearly like to take the prize: “I’d like to think that I’m in with a shout,” he said, “and it would be a good thing to have on my CV in my Rookie year. Obviously it would be a great experience to go to the USA and do some racing, and I hope that if I concentrate on my main aim – which is to try to stay ahead of Nico Maranzana, get championship second and the Scholarship Class title – then good things will come from that. I can’t wait to get back out there and get back on the form we showed last month at Snetterton.”

Formula Ford ‘old boys’ are doing well Stateside: Neil Alberico is gunning for the USF2000 title while in the Pro Mazda Championship, former Formula Ford Australia Champion Matthew Brabham is well out in front. “I am just so pleased that I made the decision to come over and race in the States and go through the Mazda Road to Indy,” says Matthew. “In the last two years I just earned so much valuable experience that it’s just been absolutely priceless.” In Indy Lights, ex-British Formula Ford frontrunner Peter Dempsey was a racewinner this season at Indianapolis, while Josef Newgarden, who was UK Formula Ford vice-champion in 2009, has just scored his maiden IndyCar podium finish.