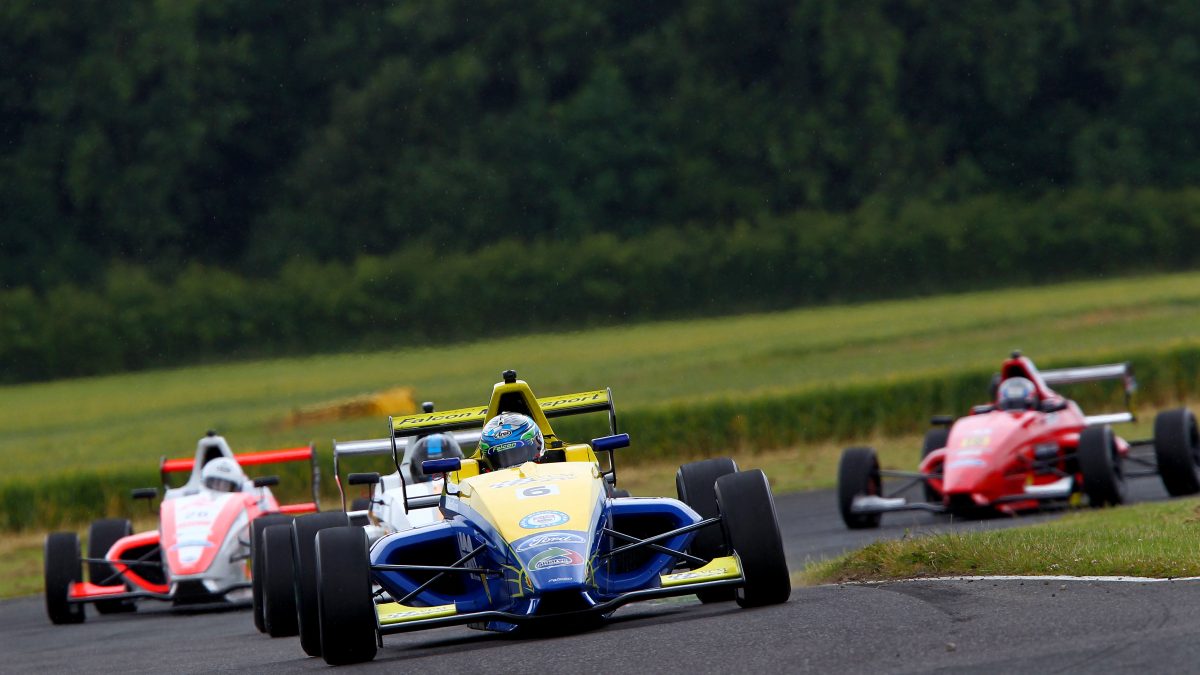 25 July, 2014 – Formula Ford’s long summer break comes to an action-fuelled end next weekend (2/3 Aug) at the Snetterton circuit in Norfolk, with several drivers seeking to make a decisive break as they bid for the championship title and a couple of newcomers joining the pack. 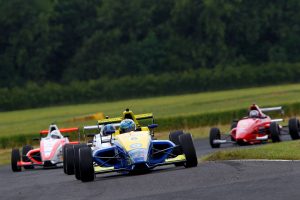 After 15 races and with 15 to go, just nine points separates the leading title contenders, Essex-based Falcon Motorsport EcoBoost Mygale driver Harrison Scott and JTR’s South African pilot Jayde Kruger. The overall lead of the Dunlop MSA Formula Ford Championship of Great Britain has passed between the two of them seven times already, with Scott gaining the upper hand at Croft last month with a win and two thirds while the best Kruger could achieve was two fifths and a sixth.

Between them Scott and Kruger have won nine races so far, and the Snetterton 300 circuit is a happy hunting ground for both – Harrison scored a hat-trick of podiums in Norfolk last year and Jayde bagged a double. Scott will be honing his skills at this weekend’s Silverstone Classic at the wheel of Peter Fenichel’s 1961 Cooper T56 Formula Junior car.

Hostilities begin on Friday 1 August with two official test sessions; qualifying and Round 16 are on Saturday, and ITV4’s live cameras will capture the action from Rounds 17 and 18 on Sunday.