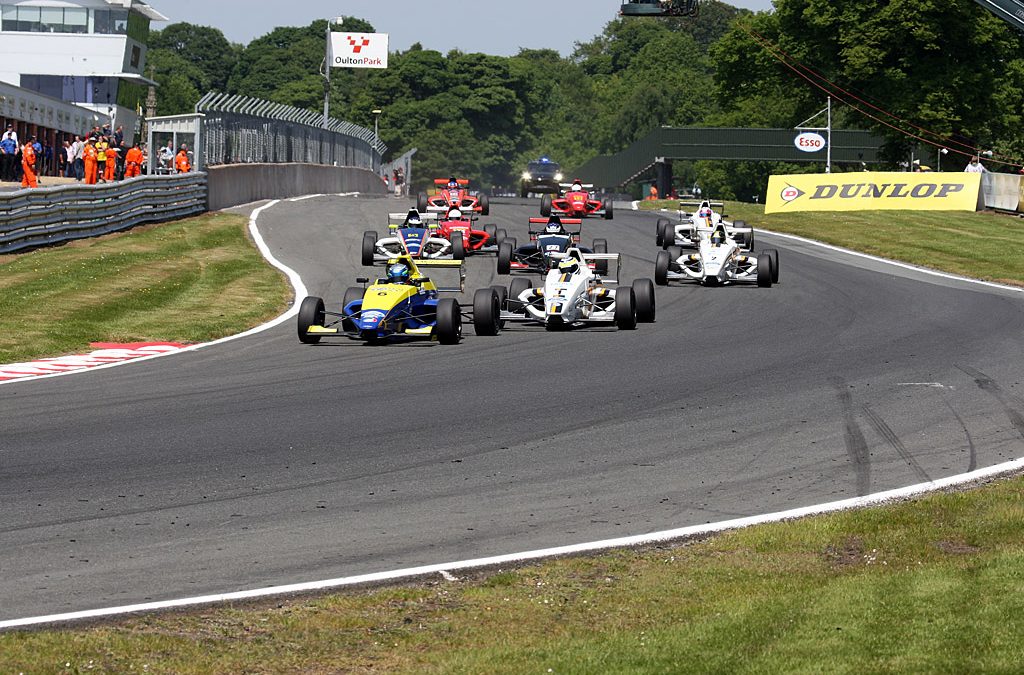 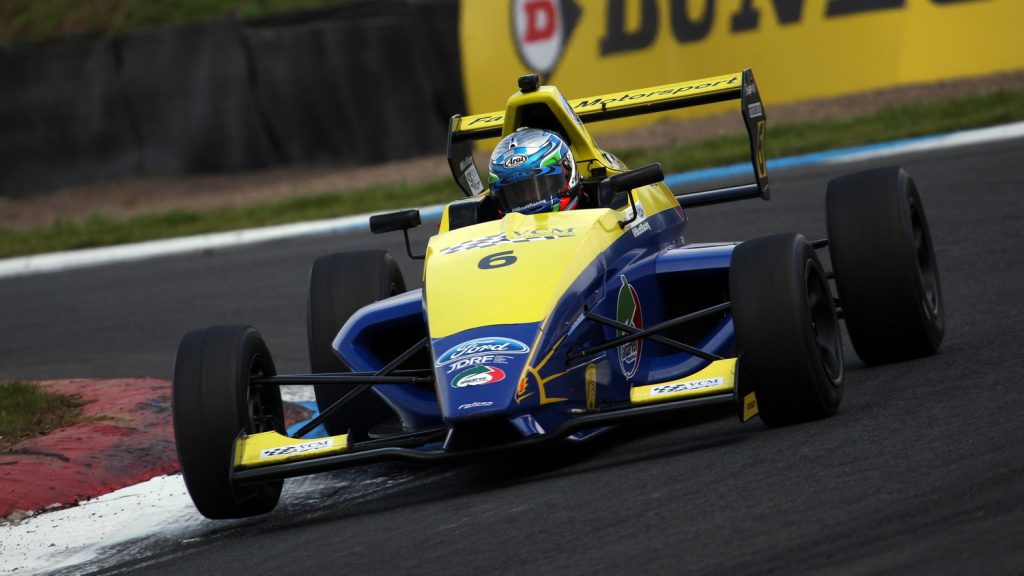 Harrison enjoyed a promising start to the weekend’s racing at Knockhill in the two free practice sessions on Friday, Harrison showing great pace and posting times in both sessions which saw him close the gap to Dan Cammish. In the first practice of the weekend Harrison posted the second quickest time of 49.925 which was only a couple tenths off championship leader Cammish.

In qualifying Harrison carried on with the fast pace he had shown in Friday’s free practises and set the second quickest time only half a tenth away from pole man Cammish. Both Harrison and his Falcon team thought it was enough, however as the session was closing Maranzana went ahead of the Essex racer and all three drivers were within a tenth of a second.

“I thought my times were quick enough for pole and was surprised to see we were only third. Nevertheless we would start all three races from grid 3 and with my pace over the three 20-minute races I was confident of some good results,” said 17-year-old Harrison, who was competing at the Scottish circuit for the first time.

Harrison did not get the best of starts in race one, dropping to fourth. However, due to a first-lap incident the safety car was deployed. This was the first time in his single-seater career that Harrison had been under one. He did not let this faze him and at the restart was alongside Kruger and managed to pull off a great move around the outside at the first corner. It soon became apparent that Harrison had some issues as his pace dropped dramatically and the Ford EcoBoost engine lost power. With five laps remaining Harrison tried to defend his podium position from Brabham but with his lack of straightline speed he was soon passed.

Overnight the Falcon Motorsport team tried to resolve the overheating problems. In the second race on Sunday morning Harrison had a good start, maintaining his third place, but with half the race still to go the mechanical issues returned and Harrison’s defending skills came into play as he held on to third place.

It was clear that Harrison’s Falcon team would have to change engines and with only three hours to the next race they set about the job. With the spare engine installed all were hoping that the problems would be fixed but on the third lap of the final race the disappointment was there for all to see as Harrison lost 10 per cent of his power, which was frustrating. Harrison then spent the remaining laps defending his position and finished fifth overall and third in the scholarship class.

Said Harrison: “This weekend was so difficult for the team and I. We were so fast up to the first race and then it was like someone switched my power off. We spent the weekend chasing the problem and still have no real idea what the cause was. I am sure once the car is back to the workshop the problem will be found. I made my car so wide and spent three races defending, which is so frustrating for me and others. I really thought we would have a win or two this weekend, but I guess that’s racing.”

Provisional championship positions after Round 21, 25/8/13